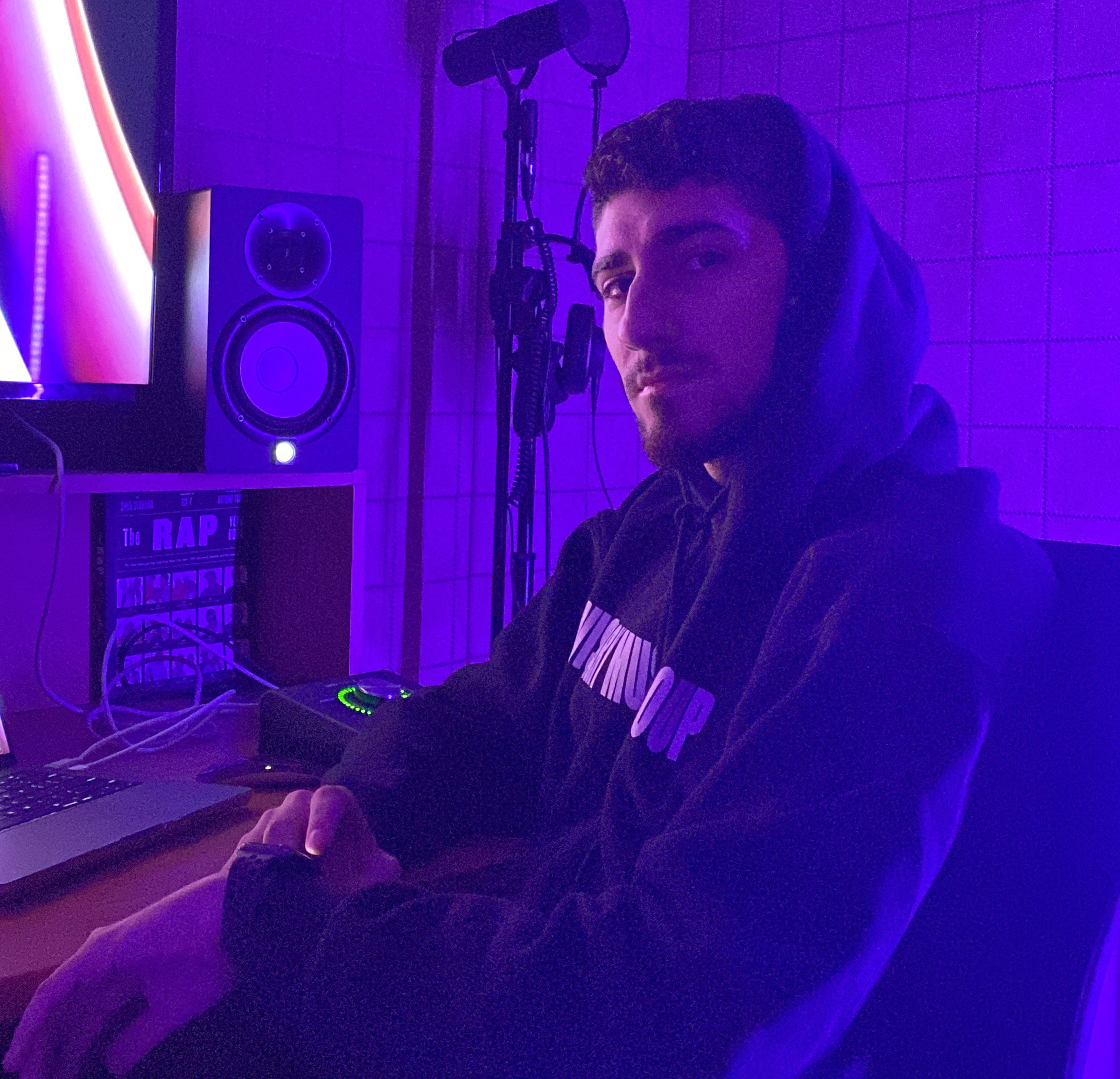 His love for music developed at a very early age forming a band with a group of friends around age 9.

Performing the songs they wrote in front of friends and family became natural. J.Keen started listening to Hip Hop music about 3 or 4 years later on. A few of his friends in school had a rap group and after distributing their first mixtapes to classmates J.Keen had a Eureka moment: "I can do that!" He immediately went home and wrote his first rhymes and release 6 songs that same year, long before streaming platforms or social media was a thing! "We used to upload songs to links called zshare or zippyshare before sharing them with friends and family via Facebook, email or MSN," J.Keen recalls.

Over the years, the aspiring hip-hop artist has created a good amount of songs but it was only until 2018 that he started releasing them on music streaming platforms. "I have older songs on SoundCloud and YouTube as well."

musivv caught up with the songwriter and here is how it went.

How are you? How has the pandemic affected your music?

Life is good thank you and I hope everyone at musivv is great! I definitely had more time during the pandemic and lockdown to work on music. I wrote and recorded a lot of songs, of which I have since reworked and created the final versions. Staying at home for a few months really helped me develop a routine around making music. My goal was to work on improving myself as an artist in any, and every, possible way. The main focus was to write and record songs, but if I was facing writer’s block, I would spend that time learning more about music marketing, mixing and mastering, among other things.

Please tell us about yourself

I grew up in Abu Dhabi, and graduated from a French school 10 years ago. I attended the American University of Beirut in Lebanon because I always wanted to experience life in my home country - I had only known Lebanon during summer and winter holidays. I like to travel a lot and explore new places, new faces and different cultures. I also spent a semester at American University in Washington DC, during my undergrad years. I’ve been working in the events and entertainment industry in the UAE since 2017, covering countless concerts on Yas Island as well as numerous international sporting events. It’s definitely my second passion after music. Similar to making music, seeing something you work on come to life is pretty exciting.

Take us through the process of the song 'Modern Day'

The first version of the song was written and recorded in 2018. I went through older songs I found in my notes during the pandemic and decided to rewrite parts of this verse. There are many different versions of the verse, but I’m very happy with the one I went with.

The song was originally called 'Modern Day Beethoven' stating our love for old school (classical) Hip Hop in the modern era, but also expressing the desire to return to the roots. Like Beethoven, we orchestrate our music instead of just overlaying our music. Through trial and error, we piece together our words and sounds, paying homage to the late Beethoven in our artwork. I know this is nothing like Beethoven, just go with it (laughs).

The concept of the artwork is to represent an old-school vibe in the modern world. We don't really see pay phones any more, and my cousin Sean (featured as 'Hase' on 'Modern Day') thought it would be a great way to include it in the artwork - Waleed took this as an opportunity to beautifully create that contrast, especially with the character being surrounded by skyscrapers and a massive digital screen.

Like Beethoven, we orchestrate our music instead of just overlaying our music.

I think every part of the process is exciting. Creating something out of nothing is a beautiful thing. I don’t remember writing the first version of my verse, but I remember writing the final one, with Sean’s help. I wanted to keep the same rhyme schemes and the same overall vibe, so we were sure to not stray too far from the original writings. Sean (aka Hase) lives in the states. Recording it in the same studio would’ve been more fun, but I recorded my verse in my studio here in Abu Dhabi, and he did his in Atlanta, where he lives. I already had an idea of what the song would sound like before Sean recorded his part. When he sent me his vocals, I couldn’t wait to add them to the track and hear the song in full for the first time. I think his addition makes the song what it is.

One of the most exciting parts for me, though, was seeing the artwork for the first time. Waleed is probably the most talented artist I’ve ever met. He created the artwork of all my recent songs (Moonwalk, Pearl, Charts, Modern Day, and the upcoming singles as well). Modern Day was the first song I actually sent him a short creative brief for, as Sean and I had discussed a direction for the artwork - of course, Waleed took it to a whole other level.

What line of the song stands out for you?

I see the entire verse as one very long line because of the way it’s written. But if I were to choose one segment of my verse, I would say “This [is] my spaceship, and I’m taking off, check my aviation. Find me in the station, Keen’s awaken, this [is] my declaration, my drive needs no navigation”.

Although I haven’t released a song in a while, this line explains that I’ve been working behind the scenes and preparing for the "take-off" once I start releasing again.

The song is not necessarily a personal experience, but I do relate to it - and hope people do too. I’ve been making music for quite some time but faced many obstacles in recent years. This song acts as a self-reminder to keep going and pursuing what I’ve wanted since I was a kid.

I think people focus more on big wins, which come only once in a while. I’ve been trying to work towards smaller wins with the bigger goal in mind. This helps me know that I’m on the right path and getting closer to my goal.

This song acts as a self-reminder to keep going and pursuing what I’ve wanted since I was a kid.

Any artist you tried to emulate in terms of writing, sound, beat, or production?

I don’t intentionally try to emulate anyone, but some of my inspirations are J.Cole, Logic, Russ and Mac Miller. I’ve listened to these four artists for thousands of hours, subconsciously I’m bound to write verses similarly - I do have a long way to go to be as good as any of them though!

Any message to our readers?

First, I’d like to thank everyone at Musivv. This has been a fun interview and I hope we can have many more in the near future!  I hope the readers give my latest song a listen. I’d love to know what everyone thinks of it! I’m open to work with any talented producer or artist! Find me on instagram @jkeenmusic to follow my journey or to collaborate.

I’m excited to share my upcoming singles 'Patiently' and 'San Marino' followed by more songs I’m working on with a producer in Dubai - stay tuned!

J.Keen shares his love for the music of up-and-coming artists. Discovering new artists and watching them grow is equally a big passion. Outside of his love of listening to music, J.Keen also enjoys watching and playing football and basketball. I’ve been supporting FC Barcelona and the Boston Celtics since I can remember," he says.