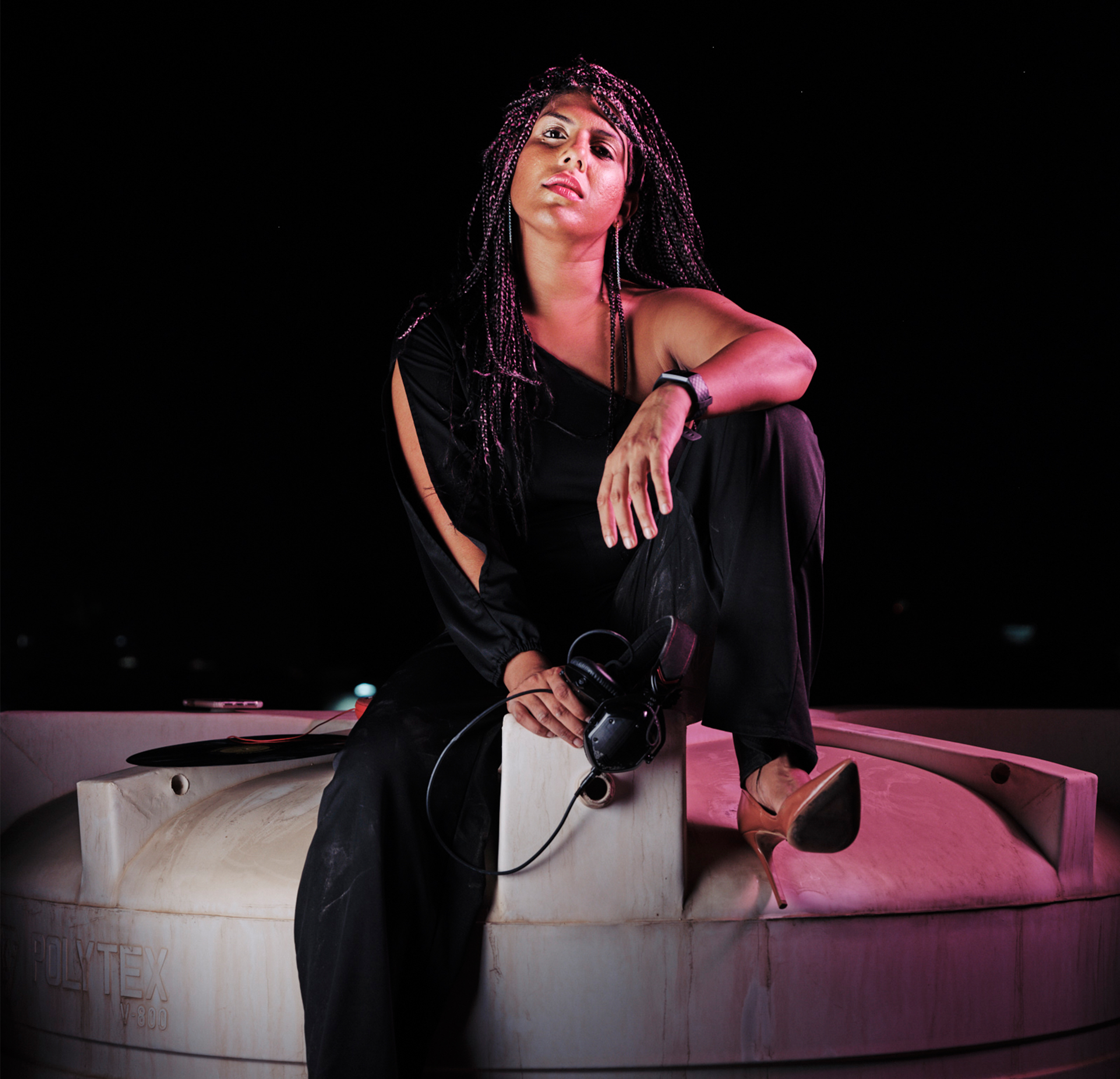 "Perfect doesn't exist, so why chase it anyway."

DJ & Emcee Sara G loves coloring outside the lines and does not consider herself a perfectionist—not at all. Admits she's a very impulsive person and recalls some of the best things in her life were born out of taking a leap of faith into the unknown. A case in point is her newborn podcast. "My podcast was a pandemic baby." Instead of sitting at home and feeling sorry for herself, the self-professed adrenaline junkie and a travel addict decided to create something meaningful. She realized the need to show up and support each other as artists—everyone was going through the same challenges. Armed with a mic in her hand, she set out and took a deep dive into how people were coping, how creative pursuits were still thriving amid the pandemic and how anyone can find strength in knowing "you are not alone." Cue Michael Jackson. "I've made my peace with the pandemic. It's allowed me to dig deeper and to work on more meaningful projects."

Outside of being a DJ, Sara has a knack for traveling. "Even better, is when I get to travel and DJ at the same time. I think when you live in a big city you get used to following set patterns and daily rhythms." The mini-breaks she takes allow her to come back refreshed, more creative and with a new perspective. "I stay away from living a very commercial lifestyle and always try to attach a deeper meaning to what I do in life."

Sara has played at several high-end festivals, restaurants and shows across the world and was a TV host for CNN for five years. Some of the remarkable events and performances under her belt include the Abu Dhabi Grand Prix, Azimuth Festival featuring Tinie Tempah and The Chainsmokers and the launch of W Abu Dhabi. "I've played for audiences across the globe including Kazakhstan, Bali, Canada and across the MENA region.

She's met some of her music idols—the perks that came with traveling—and instead of saying anything, Sara listened and learned. "I recently had the honor of meeting some musical greats like Steve Aoki, Salvatore Ganacci and Rehab and learned some life lessons that I will never forget. I think we don't spend enough time absorbing information. If we do, there's a much larger takeaway than always trying to be the smartest person in the room." Very well said.‍

Sara G became a musician when she was in school and was a part of both the school band and orchestra. From there, her passion for music just grew. When she was a teenager, everything got under my skin but as she grew older the understanding that everyone is welcome to have their own opinion hit home. She believes that life still goes on despite the criticisms. "The more you believe in yourself, the less the criticism around you matters," she recalls.

"I moved to Dubai and launched my career as a DJ. It's been 8 years and I've loved every step of this journey. I've had the support of a like-minded community living here in the UAE and that made a world of a difference to my music career." The first year living in Dubai was the hardest because of the obvious lack of a social circle. "I'm a community-driven person but once I made friends and started collaborating with talented artists based here, everything changed." Doors magically opened and creativity started flowing more easily. "Honestly, I think the music scene in Dubai has developed so much and it's all thanks to the enterprising artists who contribute towards it." The DJ believes incentives like the Golden Visa make artists feel valued. "I've been traveling a lot in the MENA region and I think we have one of the most developed music scenes and we should appreciate the blessings that come with it."‍

They say that learning other cultures—whether by studying or first-hand experience—makes one wiser and more level-headed. That couldn't be any truer for Sara G. Her advice to aspiring artists and anyone in general. "Stay true to yourself. It's very easy to get lost in the crowd but if you dare to stand up for what you believe in and show the world who you truly are, it pays off in the long run. Never sell your soul (creativity) for money. Create things that have depth and that will stand the test of time. And of course, don't forget to have fun because the present moment is all we really have."