Filmmaker Spencer Shea: "If you have money, invest in the arts..."
Dubai-based filmmaker explores the art of creating music videos. "If you want the truth about something, follow the art that surrounds it." 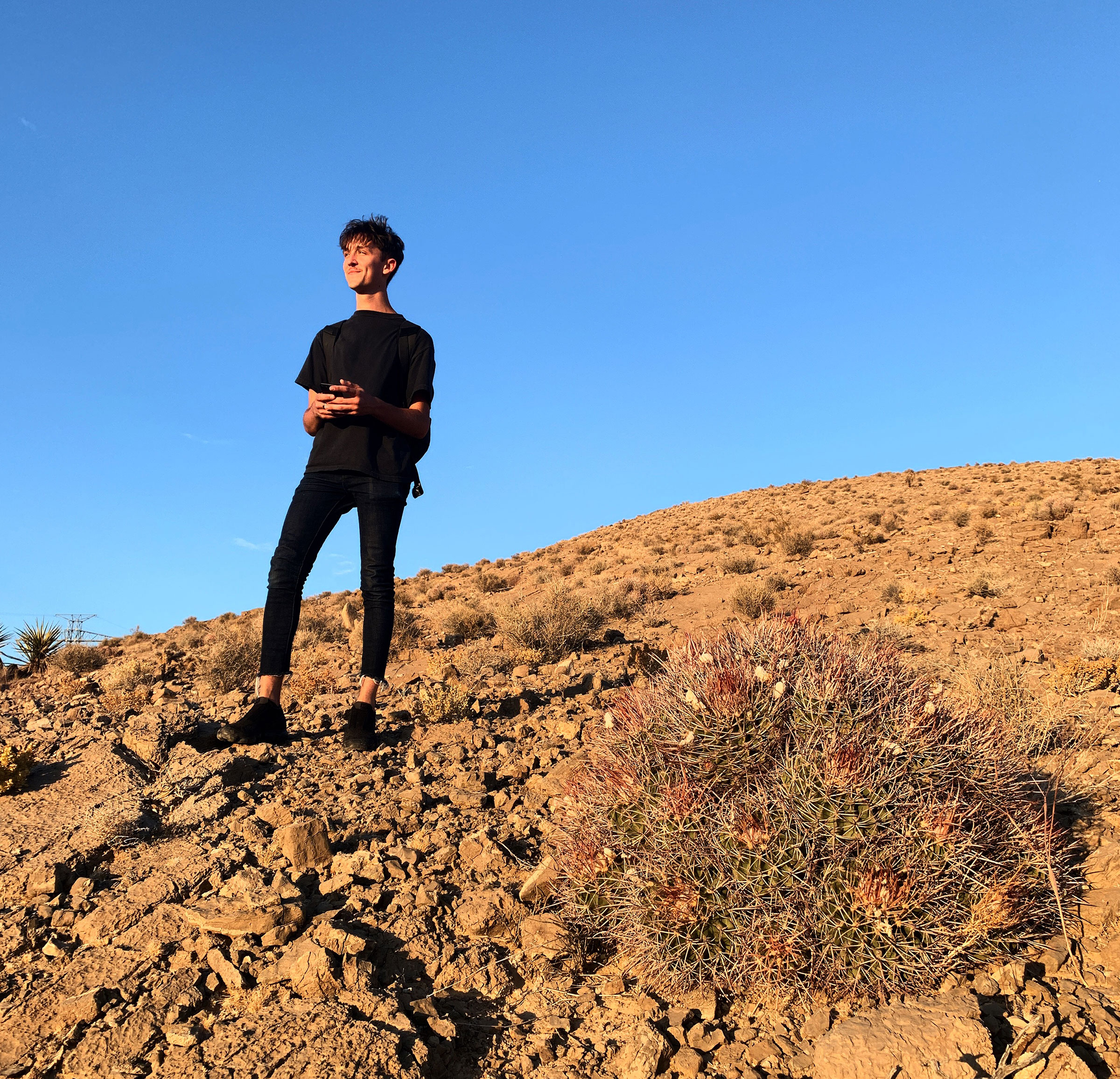 He grew up getting inspiration from award-winning directors Quentin Tarantino and Bong Joon-ho. "Harmony Korine is a breath of fresh air for me," says the budding filmmaker. "Anyone who’s pushed the medium outside of the boundaries set before them can have my attention," he adds. Consistently learning about someone new keeps the fire inside him burning to further the verbiage of cinema and shed light on the haughtier questions of earthly existence. "I try and always remember that I was born into a world of film created by so many that came before and that I need to offer my purest take. Hopefully, I’ll get better at translating that into the work I do as time goes by."

Spencer co-runs a company called Chop Em’ Down Films with a portfolio boasting of quality and high-end clientele. He, however, has his sights set on making the art reach its pinnacle in the region and mustering the community: a more noble goal. "Support local artistry no matter what. If you have money, invest in the arts, they’re one of the world's biggest lifelines," he implores.

His passion stemmed from a seemingly insignificant gesture from his grandfather "hooking him up with a camera when he was 8" which he consistently borrowed. A year from that life-changing moment, the intense-eyed newcomer with extraordinary vigor started making movies with his friends—filming the neighbors while they skate, ride the BMX, and anything that was going down in the neighborhood. When he turned 17, the hobbyist realized that having a camera gave him a new power. "It lifted me. I could go anywhere and do anything, and I was pretty much hooked on documenting the world around me. My love continued to grow as I discovered new cultures and peoples across the world."

I could go anywhere and do anything, and I was pretty much hooked on documenting the world around me

Fast forward to today, Spencer is on a journey to capture music visually starting with local independent artists. "Music videos are new to me," he says, coming from a background of non-choreographed storytelling and very at-the-moment-style documentary. "So for me, it’s really been about translating that across the medium. I want to try to make the concepts as true to life as possible."

Case in point: the music video of the provocative single 'FCUK GENE SIMMONS' by Dubai/London-based artist PA4VN. Tamir Ali reached out to Spencer regarding a possible collaboration with Pav4n and Mazzi on "something impromptu." "Yooo shout out Pav! A legend in the game! And shout out to another big bro and OG, Tamir Ali. Spencer's appreciation and respect for Pav4n, Tamir and Mazzi made the filmmaker feel welcomed in a new country (UAE).

The music video was filmed in Satwa complementing the track's old-school vibe taking the visuals to the streets and keeping it pure. "Tamir got Pav and Mazzi styled and then we roamed Satwa and hit all of our local spots," Spencer recalls. The ukay ukay (a second-hand thrift store), the cafeterias, all the local spots that deserve all the shine they can get.

On a different project, we asked Spencer what it was like working with another exceptional group: The C!RCLE. "Like family," he exclaims.  "And we have mad fun no matter what we film, for me these guys represent a slice of what’s to come in the future of music, and I’m blessed for all the memories we already have."

The 'Love A Lil' video was a concept Spencer mulled over with the "boys" for about a week: developing the idea during his morning runs thin,ing of ways to make things work with what's available. "Much love to another OG and a close friend Sam, who got us the vehicle and the location and he let me climb all over his Jeep. Nothing but love for the C!RCLE!"

As picture-perfect as his works may seem, Spencer has a fist-folded sense of indignation against perfectionism. "Definitely not, [I] rally against it. I’ve been trapped in perfectionism before. Now I see perfectionism as taking something further than it needs to go," he exclaims with energy. To him, perfection takes away from the essence of what is going down at the moment. "I see each creation as a diary entry," he adds so eloquently.

I see each creation as a diary entry

Spencer knows what support means. He gives it away like a tasteful bread straight out of the oven. "Thank you to Musivv, and a big shout out to everyone around me that supports and shows me love. Thanks for having me!" He concludes with this, "If you want the truth about something, follow the art that surrounds it."