"Music is not something I do on a whim. This is my life purpose:" Shilpa on her life's calling
Shilpa speaks to Marcus from musivv about her views in life, music, women empowerment and mental health 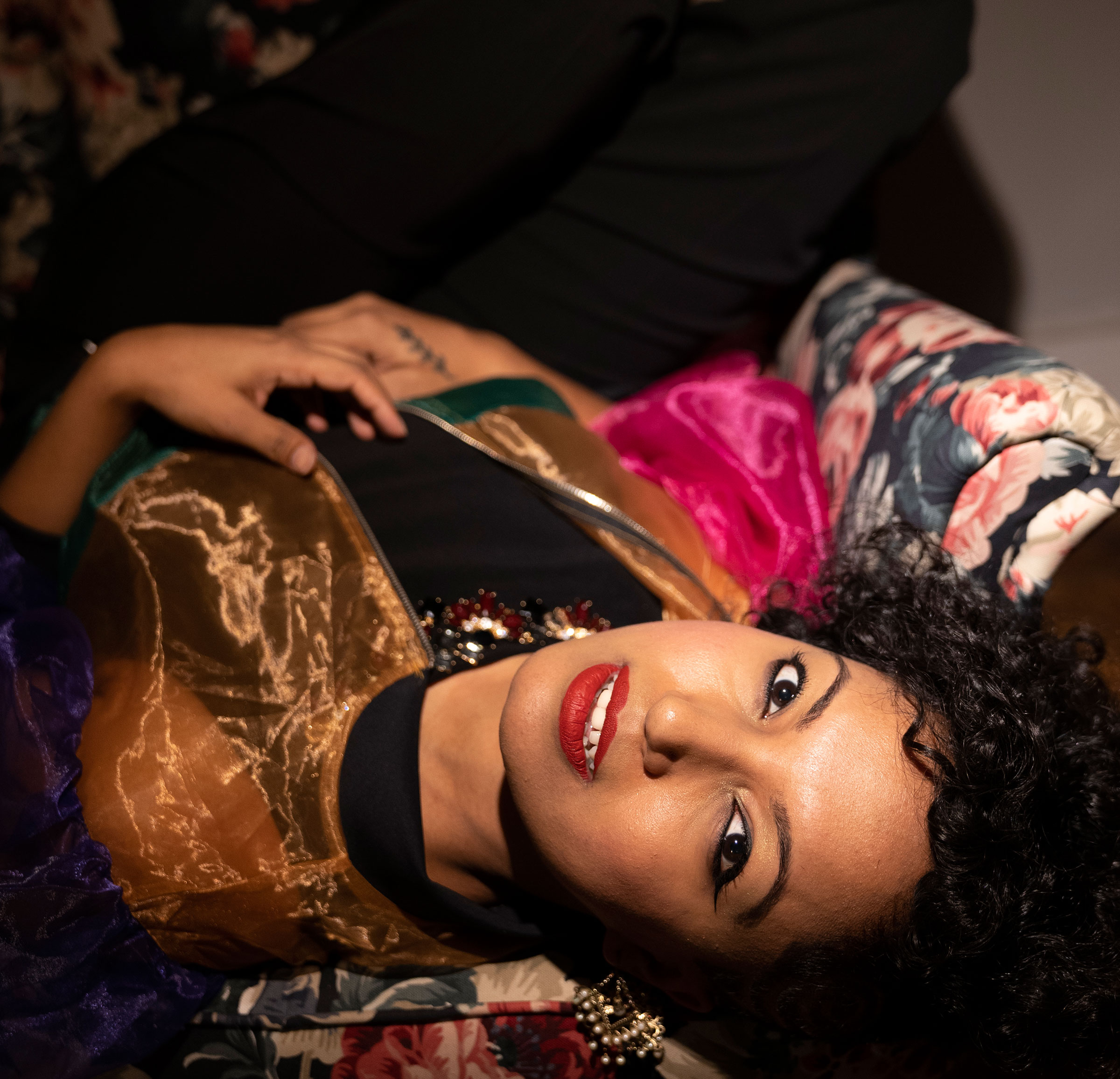 Performing under her first name, her work harks back to soul and jazz clubs with smoke descending in the air,

singing poignant tales of love and women empowerment in a lilting, reflective voice that echoes Ella Fitzgerald’s tone, or even Sarah Vaughan’s.

Her long and arduous musical journey is like a juvenile kid—tossed into the water—learning how to swim for the first time. "I was thrown into the music arena at a very young age," she shares with musivv. Shilpa Ananth's parents overheard her humming a film song in the corner of her room at age three. "They were like, 'What is a three-year-old doing singing a song?'" That unintentional audition led her parents to enroll her in an Indian classical music school. "In my teens, I started getting more and more into Western-style music, listening to jazz, R&B, hip hop and pop. She instantaneously gravitated toward these genres she considered "another world." Shilpa started experimenting with her voice thinking, "how do I sound if I sing like Nina Simone or Etta James?" She appears to be an old soul beyond her years with a peculiar penchant for the oldies even in childhood.

With the societal perception of the entertainment industry as a corrupt cesspool not worth calling a profession, coupled with a general lack of resources and support, Shilpa realized that the journey would be challenging, potentially the biggest fight of her life. Her drive? She just knew she had a passion for music. "I wanted to do it, I wanted to learn more about this," she recalls, "I wanted to go to school for it." Despite her parent's disapproval. "They're very afraid of a background that nobody in my family has taken as a career." Add in the mix the entire clan coming from a background of engineers, doctors, lawyers, businessmen and bankers, and she felt like an anomaly. "I always wanted something different from everyone else I knew," she says.

"It's still pretty tough, I feel," admits the self-proclaimed melodic activist raising her closed hands in the air for women's empowerment. "This is why I was born, to use my art."

"[Music] is not something I'm doing on a whim. This is my life purpose."

Her calling in life is out of the ordinary.

An open door came when Berklee College of Music held an audition in India where Shilpa was completing her "duty to her parents and social responsibility." Her life completely changed when she landed a scholarship at Berklee College of Music and subsequently moved to Boston, USA. "I moved to New York as soon as I graduated." For six years, Shilpa toured and performed around iconic venues—Apollo Music Theater and Blue Note Jazz Club to name a few.

Until very recently, “patriarchy” was not something men were even supposed to believe in, let alone dilate upon with such apocalyptic relish. It was the sort of word that, if uttered without irony, marked out the speaker as a very particular type of person. Coming from the kind of culture that Shilpa's coming from, where she felt women come in second in a patriarchal society. Living in the stigma of a woman's life cycle of going from one's father, then husband to a son's house. "This is the woman I know. Things are changing. Over time," she recalls.

Everything a woman learns is so that she can have this resume to impress someone. "Why is it that we have this kind of unspoken rule and all of this kind of pressure put on us? A lot of women give up on their dreams because of societal conformity, or "this is what women do." "For me, it was like a big moment of understanding within myself that this has to change, and it is changing."

These kinds of themes translate into her music. Sense of identity, belongingness as well as the antagonism of existential crisis. "We don't even have this [empowerment] word in our language. It's not even taught to anyone. "This has a part of my story that now has become a part of my music, my art, and what I wish to give to the people."

When presented with two proverbial doors: One leads to fulfilling her purpose of educating and empowering the next generation through the Berklee College of Music in Abu Dhabi. And the other door leads to a massive break in the Indian music industry along with the overwhelming hurdle of the stigma and the culture that she has to thread. Despite her love for her job, Shilpa’s dreams to be a full-time international artist influenced her choice. "The second one." As much as she appreciates living the most in life, the most settled or stable she has ever felt being in Abu Dhabi and being able to stay in one place and have this steady job, she still looks ahead and dreams. "I'm constantly teaching and constantly going for the opportunity to empower and shape young minds through music. Staying in one place can get me stuck," she says. "Even if it's filled with hurdles and stigmas—but means I get a big break—then I will definitely go after that."

"This has a part of my story that now has become a part of my music, my art, and what I wish to give to the people."

For too long, the prevailing narrative uncovers problems in individuals, medicalizes them and leaves people feeling vulnerable, ill and stigmatized. This lie affects people from all walks of life, but most severely those who are already disfranchised through deprivation and inequality. Music has always been there, putting emotions into a song as a form of therapy. "But with social media, the purpose and the intention are not to also help people because it's coming from a place of pressure or coming from a place of just some heightened productivity." She describes it as a type of behavior just to please the algorithm. "Putting content just to stay valid." It defeats the purpose and has a mental side effect.

I think burnout is a huge one.

Shilpa believes everyone needs their kind of spiritual practice to release all that negativity and to be able to have space for themselves to continue to create from a place of safety and stable sanity. "So that's important."

Aleksandra Krstic: "I think there's good in every type of song artists write."

Sarah Alghanem on Music: "Pursue what you love no matter what the consequences may be."

Ayush Krishnan, an independent artist based in Dubai graduated from SAE with a bachelor's degree in Audio Engineering.
HOMEGROWN