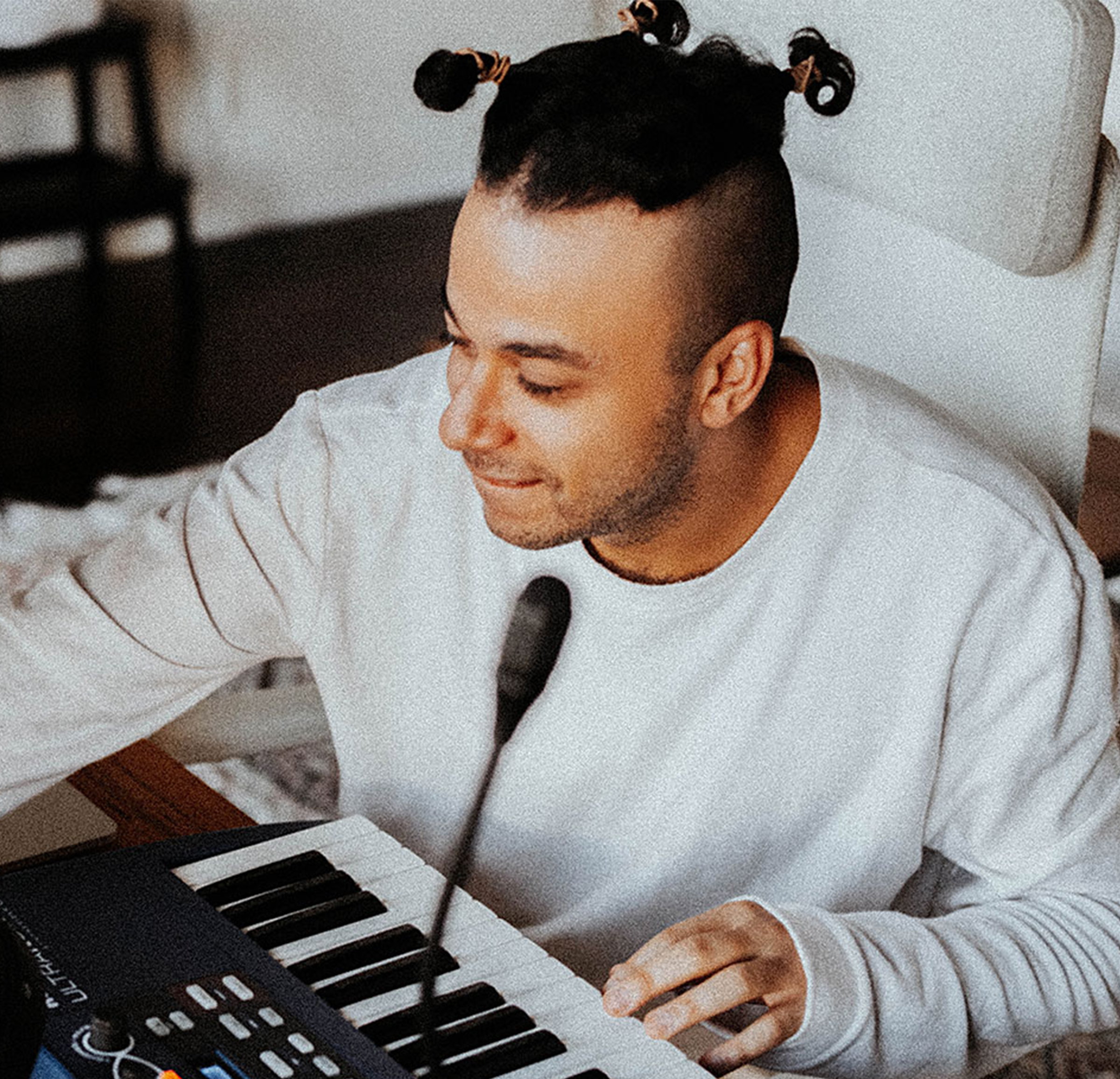 There's an Anthony Robbins proverb that rings true to this day for music producer Aeli. "Passion is the genesis of genius."

An architect and interior designer by profession, AELI found himself at a crossroads. One road leads to a feeling of restricted freedom and creativity and on the other, he gets to travel the world, meet amazing people, and do what he's truly meant to do.

"The choice wasn't hard to make, but making it happen and the transition work was a very hard journey." AELI is passionate about architecture and design but reading about it was almost more fulfilling than working on it. The creative part is 20% of the process, all the rest is very tedious.

musivv reached out to record producer AELI to see what's keeping him up-beat.

I don't really have a formula but the two things that I always do are setting up a mood and a tempo. Everything else comes sometimes naturally and other times I have keep trying and jamming until I find perfectly what I was looking for. When I start I don't necessarily know where I'm going, I let ideas drive me. That's not always the case though, I get inspired sometimes by another song and its mood and use that as a starting point to create something new and different. I don't usually get involved with the lyrics unless I'm asked to. But I coach the artists and guide them in terms of rhythm and melodies. We work together on the flow and the musicality of their rap or singing.

"I don't really have a formula but the two things that I always do are setting up a mood and a tempo."

What trait/s are you looking for in an artist for you to say "I'd love to collaborate with him/her and produce his/her music?

It's very important to me that I like the person on a human level, to start with. That's a big criteria to me. After that, obviously, the talent. I want to work with people that impress me, that I can learn something from and that I can openly exchange ideas with. I like to study the artist's style and signature then give them room to enhance that part of them and also challenge them into something they didn't do before. So it's important that they're open-minded and ready to experiment.

Tell us how you got introduced to Seki?

I met Seki and Nishan both at the same time as they were part of the same collective and I used to DJ for them a long time ago. We stayed friends, always supported each other until we started collaborating.

What do you think of the future of the Dubai independent music scene?

I hope it won't stay independent forever. Independent is great, don't get me wrong, it's a necessity. But you need the other side as well. Dubai needs a real infrastructure around the music scene: managers, agents, A&R, labels, real brand deals not free shoes… These are things you don't know you need until you do. Creatively I think it's good but it definitely needs more diversity.

Who would you like to work with among mainstream artists?

Who are your top five rappers of all time?

"Music was a key element in my childhood, I had the privilege to be born in a very musical family. It was more of a festive thing to gather family and friends around: play music, sing and dance during family parties. I guess that's how it was born. My love and passion for the music is what inspired me to do more of it. My music taste, of what I listen to, evolved with time until I felt the natural need to start playing and composing with instruments."

"Music was a key element in my childhood, I had the privilege to be born in a very musical family.

It was clear as day for Aeli to take on the music road, a blend of excitement and uncertainty now that the pandemic greeted him at the front door. But there's no slowing down for this producer extraordinaire. It's a long road ahead, but he's up and never giving in on a down beat.

"The artist needs to be serious about what they're doing. This means not taking shortcuts, but sweating, bleeding and crying with passion"
BACKSTAGE