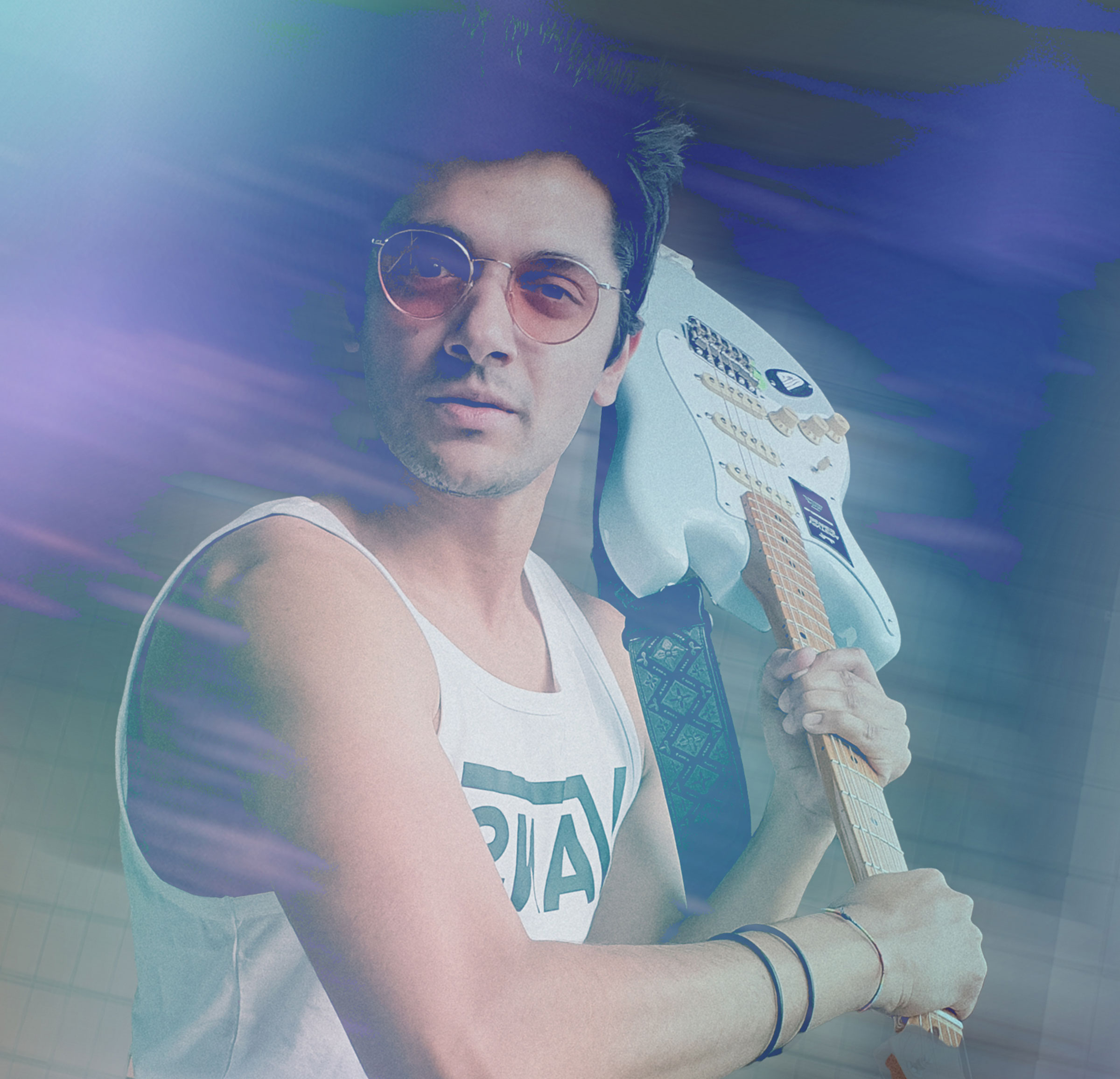 'Tin Can Time Machine' flowed differently from Saad's previous body of work. After his first EP release, the filmmaker wanted to write something that is a better reflection of his real personality. "I don’t want to take myself too seriously with music. I wanted to create something fun with a hint of emotional depth." The song first came to Saad in 2020 when the pandemic hit. The producer said he had a bit more free time when the world went into lockdown and he took the time to write a series of songs with the same theme for a potential album in mind. All the songs were based around escapism. ‘Tin Can Time Machine’ was probably the one that stood out most to Saad. "I held this back from my EP, 'Epilogue,' because I wanted more time with it, and it felt so different to the other tracks."

musivv had a quick chat with Saad and here's how it went.

What line of the song would you like your listeners to take home?

It has to be the chorus.

The second part of the chorus is probably my favorite. It’s abstract with a layer of hidden meaning which is quite cool. I didn’t want to be too direct in my approach with the songwriting. Some of it speaks for itself. A bit of a finger to the privileged. But mainly, it’s about commanding respect and belief regardless of if someone has more money and time than me. More generally, the song is a snarky piece of commentary to the privileged who think the world and time revolves around them. I think this part really hits home.

What part of the process did you enjoy the most, production, recording, songwriting etc.?‍

I enjoyed recording the vocals the most. The singing on this track has a lot of attitude and playfulness and I was able to be myself. I didn’t really practice too much or plan things. It was organic and just came naturally to me. I wanted to sing it with passion and make it sound like I’m just having a good time. Am I the best singer in the world? Not at all. But I’ve something to offer that’s unique and can’t be denied. There’s a whole lot of swagger in there. I dig it.

I loved doing it all though. That’s the beauty of being a solo artist. It’s grueling but fulfilling. The guitar-work was simple and fun. The synths were a fun little experiment that instantly gave the song some color. And one of the last things I added to the song was the solo, which always cracks me up. I already had a pretty funny concept for the music video in mind when I was writing the song and that solo is supposed to be like a corny 80’s romance scene. It was never meant to be a serious solo.

It was a very enjoyable song to write and produce. Like, sure, I appreciate the people who love it and are listening to it but if you don’t dig it, I couldn’t give a damn. Because I personally enjoyed everything and I dig it.

3. What makes the song different from your other body of work?‍

Firstly, it’s home produced. It’s more unique and truly pushes the boundaries of modern rock music. It’s all me and there were no real creative inputs or interference. I always want to be experimental with my music. Not a lot of people are doing this kind of music in this region. And it might not be for everyone but it’s definitely for someone. I think because I’m from a filmmaking background, everything about it is quite visual. It’s a bit of an odyssey with ups and downs and a proper climax. It’s a real trip and it really pushes my music into a new and exciting direction that I believe has more longevity. Music is about feeling something and having fun. That’s my focus now. However, that doesn’t mean the next single will sound anything like this. It all depends on the song and the emotion I feel in that moment.

Inspiration for it and meaning behind it, who was involved, how long it took, your creative process, where it was recorded‍

In terms of inspiration, I definitely channeled The Beatles from their psychedelic era. Where everything was very visual and free flowing. The music they produced back then was so raw and experimental. Even the vocal delivery was quite inspired by John Lennon with that old school rock ’n ’roll swagger. I wanted to write a song that merged a lot of different eras and genres seamlessly to sell this concept of time travel.

I think my upcoming songs are all part of one album spiritually but will be released as singles. For Tin Can Time Machine, the words came to me almost instantly. And the basic structure of the song remained the same from the initial demos, so it was a natural first track. I wanted the words to maintain a hint of mystery but also be relatable.

The concept of the time machine was more of a metaphor for a brilliant but overlooked idea that people don’t believe in. It’s about getting people to believe in me. A sort of anthem for the overlooked underdogs who have big dreams, who resort to daydreaming to get them through their mundane jobs and monotonous routines to help them get by. Overall I think its banger. It knows when to breeze through and when to kick off. It’s also one of my first song where I didn’t depend too much on my guitars.

The chorus literally has no guitars at all. It’s all 80’s-style synths which I thought would help make this song feel like a time travel tale. The music itself contributes to the story in a way it sort of brings in those mild 80’s tones in the middle until the end, where it truly dives into the disco era. The outro to me is the climax to the words where the time machine finally works, and I prove all skeptics wrong. I’m super proud of it and truly enjoy listening to it and playing it live.

I have no intention of being inspirational with my song or my words. I don’t care for all that. I think a lot of musicians take themselves too seriously when they talk like that. I make music and put it out there for people to listen to and have a good time with. It ends there. There’s no underlying message of saving everyone’s soul. So if it does something for you, great, but it’s your own experiences that did that. My songs only trigger it.

I had a different way of producing this track. This is my first release where I recorded most of the song at home myself. Only the live drums and bass were recorded professionally by some talented session musicians I reached out to, Jon Ublansky and Taylor Harris. My bassist, Jon, was especially incredible and a lot of the things he played inspired me to re-record some guitar parts to match that.

The mixing was a bit challenging to be honest, because there were so many layers in this track and the strong psychedelic themes made it hard to communicate with the engineers. The initial mix was a completely different song and genre to what I had in my head. I wanted to push it a little bit to make it sound a bit odd and less traditional. But, in then end after many rounds of edits, I was very happy with the final mix.

I’d definitely say watch this space there’s a lot of music and a lot of videos coming soon. There will be a magnificently entertaining music video for Tin Can Time Machine and another single in the coming months. And I’ve also started a new band so people will soon be able to hear my music live.