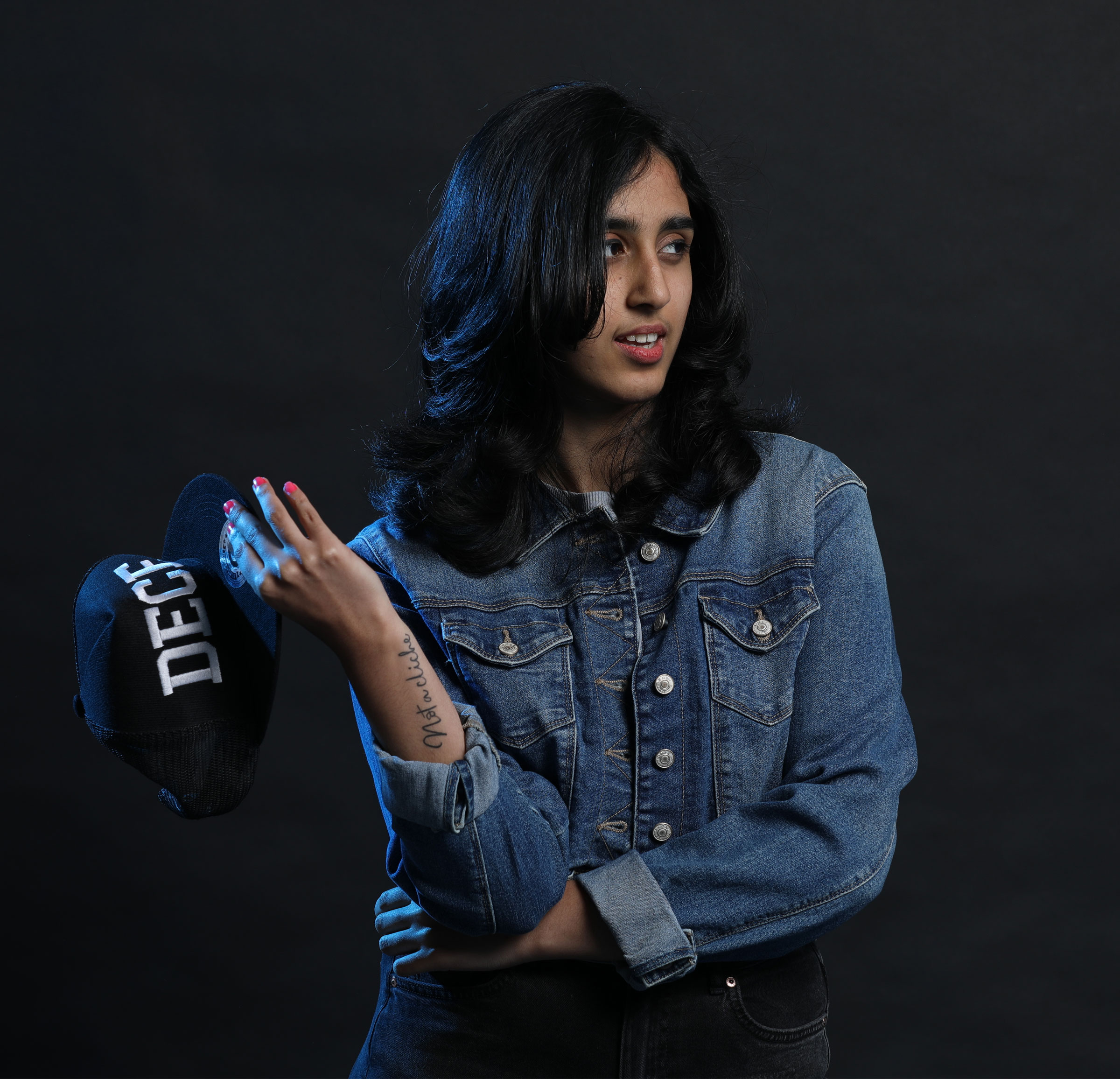 Her first two tracks in 2020: 'Run With The Wolves' and 'Livin' In This Moment' had contrasting moods. The former had an upbeat and groovy style portraying confidence and the latter a more melodious, calming and introspective song. The initial experimental stages of her music production was apparent as the young producer explored different genres to find her unique sound. Later in 2021, her third single, 'Show You How' was the first release she solely wrote, produced and performed. Considered a huge turning point in her production skills, Keziah believed 'Show You How' captured her sound accurately. Finding her distinctive sound led to the singer-songwriter to step out of her comfort zone. As a result, 'Watch Me' was born out of the try-something-different approach Keziah took.

How are you? How has the pandemic affected your music?

I’m doing fantastic! Thank you. The pandemic definitely had a huge positive impact on my musical career because it gave me so much more time on hand to explore and produce music. When the pandemic first hit us in 2020 and we all were under lockdowns, that’s when I made my first original 'Run with the Wolves.' Releasing that one at age 16 was a huge accomplishment for me and since then I’ve just been trying my best to learn more and keep it coming.

Please tell us about your musical journey.

For as long as I can remember, music has been my ENTIRE LIFE [emphasis hers]. My interaction with music began at a very young age. My interest grew to a point where I started learning different musical instruments. I started composing melodies at the age of seven which directed me to learn piano when I was 9. Then I started to learn vocals at the age of 12 but to be very honest, that didn’t entirely quench my thirst for music. I knew deep inside my passion for music was much more immense than that.

When I was 14, I came across a video of Charlie Puth where he displayed the break-down of his song 'Attention.' Watching that particular video made me realize what's required to fill the absence in my journey towards music. That moment hit me: I want to produce, write, compose and release my own songs so I decided to homeschool and simultaneously learn Audio Engineering at the age of 15. When I started my Audio Engineering course, I began to learn that the music industry is much vaster than I could ever measure or imagine. The contrasting fields of music definitely surprised me but from the very start of learning film scoring, I knew, "That’s my jam!" That was when I knew for sure that my main interest in music was film scoring and simultaneously releasing my own songs.

When I was 14, I came across a video of Charlie Puth where he displayed the break-down of his song 'Attention.'

Take us through the process of 'Watch Me.'

As I mentioned before, it started with me wanting to step out of my comfort zone and try something different. Hip-Hop was a genre that always caught my attention so I decided to try it out. I started with the music production and it all came naturally to me. I made the entire music within 20-30 mins.

On the other hand, writing was a little more challenging for me specially because I had written only one song before this and I was trying out a completely new genre and style. I decided to just freestyle over the music I made and surprisingly I wrote the Chorus within 5 mins. I was quite shocked at how quickly I wrote it and I was also very satisfied with how it turned out. I finished writing the entire song within the next 2-3 days.

Initially, the song didn’t have a bridge and it felt very incomplete at that time. A week later, I decided to write a bridge for the song. I wanted the bridge to be very different from the rest of the song. I wanted it to be slower, darker and more meaningful, something everyone could relate to. I’m so glad I decided to do that because right now that’s my favorite section in the song.

I loved the entire process, each part was beautiful in its own way. However, I’ve got to say, recording my vocals onto the song and seeing it all come together had a very rewarding feeling. At that moment it already feels like the song is complete because all that’s left is fine-tuning, mixing and mastering. So I think I really enjoyed that part the most.

I loved the entire process, each part was beautiful in its own way.

The lines that stand out the most for me are: “Only if I ever knew what you’re thinking every time our thoughts collide, are you sinking?” I feel like these two lines are very meaningful and it really hits deep. It’s also something almost everyone can relate to.  I didn’t really write this song from my personal experience but there are some lines that I definitely relate to.

Tinashe's rhythmic pop style was the inspiration and "exact" vibe Keziah was going for. Even though 'Watch Me' is a chill-party-type-of-song, Keziah believes it has a more meaningful and darker backstory which slowly unfolds in the verse, pre-chorus and bridge. She hopes the listeners will take this message home: Never second-guess your decisions and change your opinions or thoughts for someone else. Always do what your gut says, stick to your feelings and enjoy life to the fullest.