Farah Farz, becoming a global deck icon, not far fetched!
With her outlook on life and professionalism, she's heading in that direction. 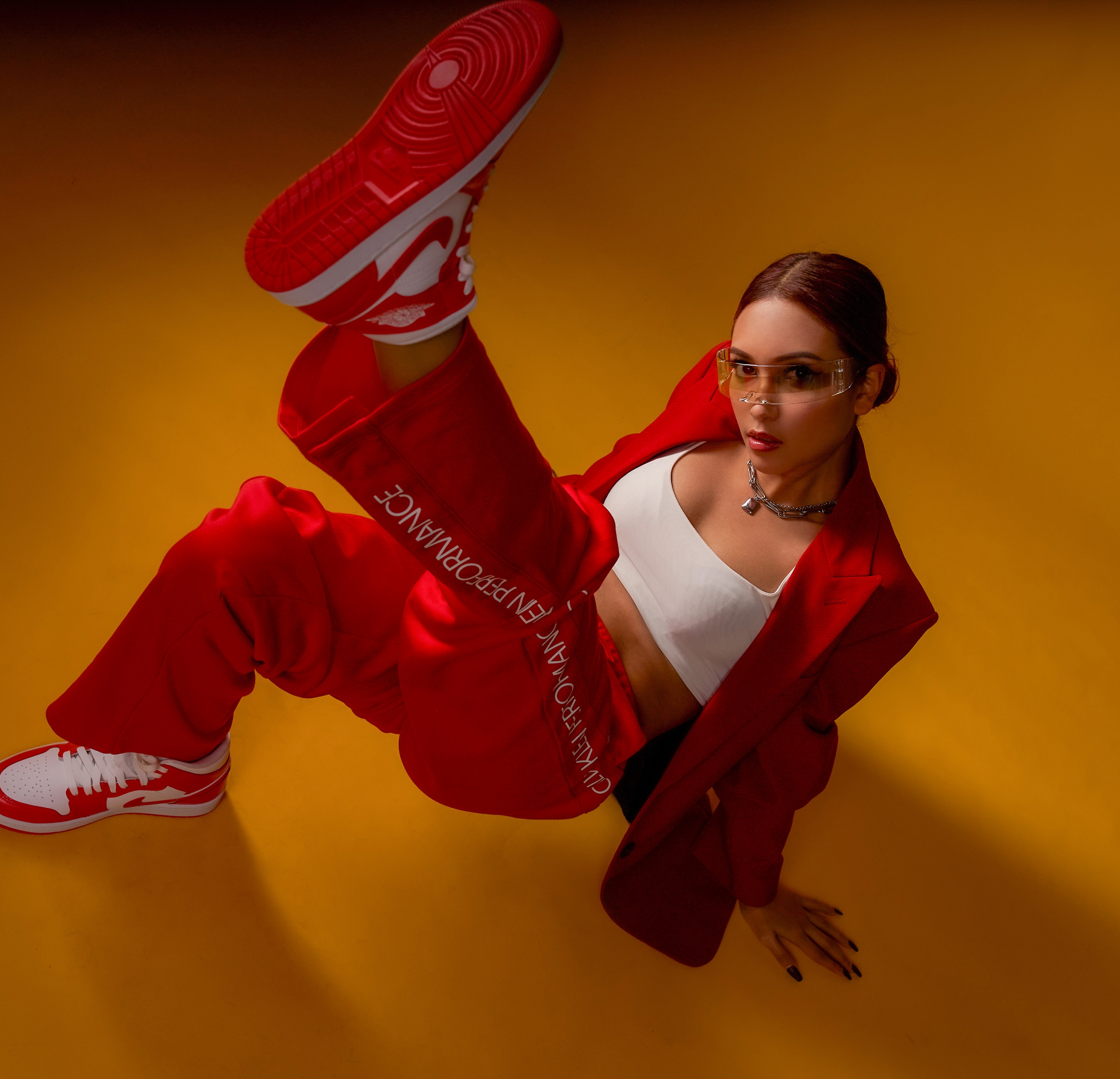 Farah Farz is a Singapore-based open-format DJ whose name has become synonymous with the local nightlife scene.

Variety is her forte—her eclectic sound is a dynamic mashup of genres ranging from Hip-Hop, EDM, Urban and Throwbacks. Since her debut in 2015, Farah’s skill has seen her perform at gigs all over Asia and destinations further beyond the continent, such as Australia and the Netherlands.

Farah grew up with a "cool mom" who introduced her to various genres of music from hip-hop/RnB to progressive house and trance. It was only natural for the DJ-producer to pursue something music-related and somehow ended up picking up the skills to be at an elite level while taking her diploma at age 17.

How is she amid the pandemic? "Hey! I've been doing great. It's been 2 years into the pandemic and quite frankly, I've learned to live with it and accept that it's not going away anytime soon. So it's best to move forward with life and make the most of it!" This led her to feel indifferent towards where she is currently residing and how nightlife workers have been given the least priority during the pandemic. Given the chance, she would take her talents anywhere in the world where there is the freedom to perform. "So yes, literally ANYWHERE in the world right now. It's been 2 long years and no DJ has been able to perform here in Singapore." Fun fact, Singapore has a 10.30 PM rule where alcohol sales cease and music is capped at a certain decibel. "Not too long ago, music was banned in bars and restaurants because apparently, it might 'encourage the spread of the virus.'" On the flip-side, it has been her biggest dream to get paid to perform and travel the world.

Like any other star in the limelight, Farah is no stranger to negative criticisms. "I take it with a pinch of salt. I understand that music is subjective for each individual, so everyone is entitled to their own opinion. What I like may not be what others like and vice-versa." As a party-rocking DJ, her performances are audience-centric by playing what they want to hear for the obvious reason—it's for their enjoyment. "If I were to play out songs that I personally like which the crowd may not necessarily enjoy, I find that it's self-centered because I could just pop on my earbuds and play it to myself (haha)." With all the accolades: Finalist at the Queen of Mashups 2018, 75th at DJANEMAG 2018 SEA & NZ Top 100, 3rd Runner-Up at the Queen of Mashups 2019 she remains grounded. "Remember that we are but a mere speck of dust in this vast universe," she explains.

"If I were to play out songs that I personally like which the crowd may not necessarily enjoy, I find that it's self-centered because I could just pop on my earbuds and play it to myself (haha)."

One of the biggest challenges when she first started was the ability to read the crowd. One may be technically inclined, but to be able to read the crowd during a long DJ set, is a different ball game altogether. It took many long nights of trial and error for Farah to master the art of crowd-reading. "It definitely isn't something one can learn overnight but can be refined only through years of experience."

A semi-perfectionist, Farah went queer about the topic. "It depends on my mood really (laughs)," she admits.

Digital detox, yoga, meditation and spending time with loved ones keep her mind free from life's hustle and bustle in the fast lane. Fashion takes a bite-size from the pie. "Fashion and style have been intertwined with music since the beginning. Now more than ever, artists have great influence over current fashion trends. Why do you think Y2K pop-punk fashion is back?" This explains her love for Björk. Given the chance, she would love to tell her "Hi Björk! HUGE fan of yours! It's such an honor to meet a true legend who is unique, quirky, and unapologetically herself!" In terms of collaboration, Alison Wonderland & Whipped Cream are at the top of her list.

To anyone who wants to pursue the same passion, Farah has this to say. "One piece of advice is to not be afraid to make mistakes because that's how you learn and that's what leads to growth!" In only under a year after she got acquainted with the decks, Farah emerged #46 in the DJANEMAG 2016 SEA Top 50, a premonition that she would soon become the musical virtuoso she is today. And the global icon she can potentially be is never far fetched.