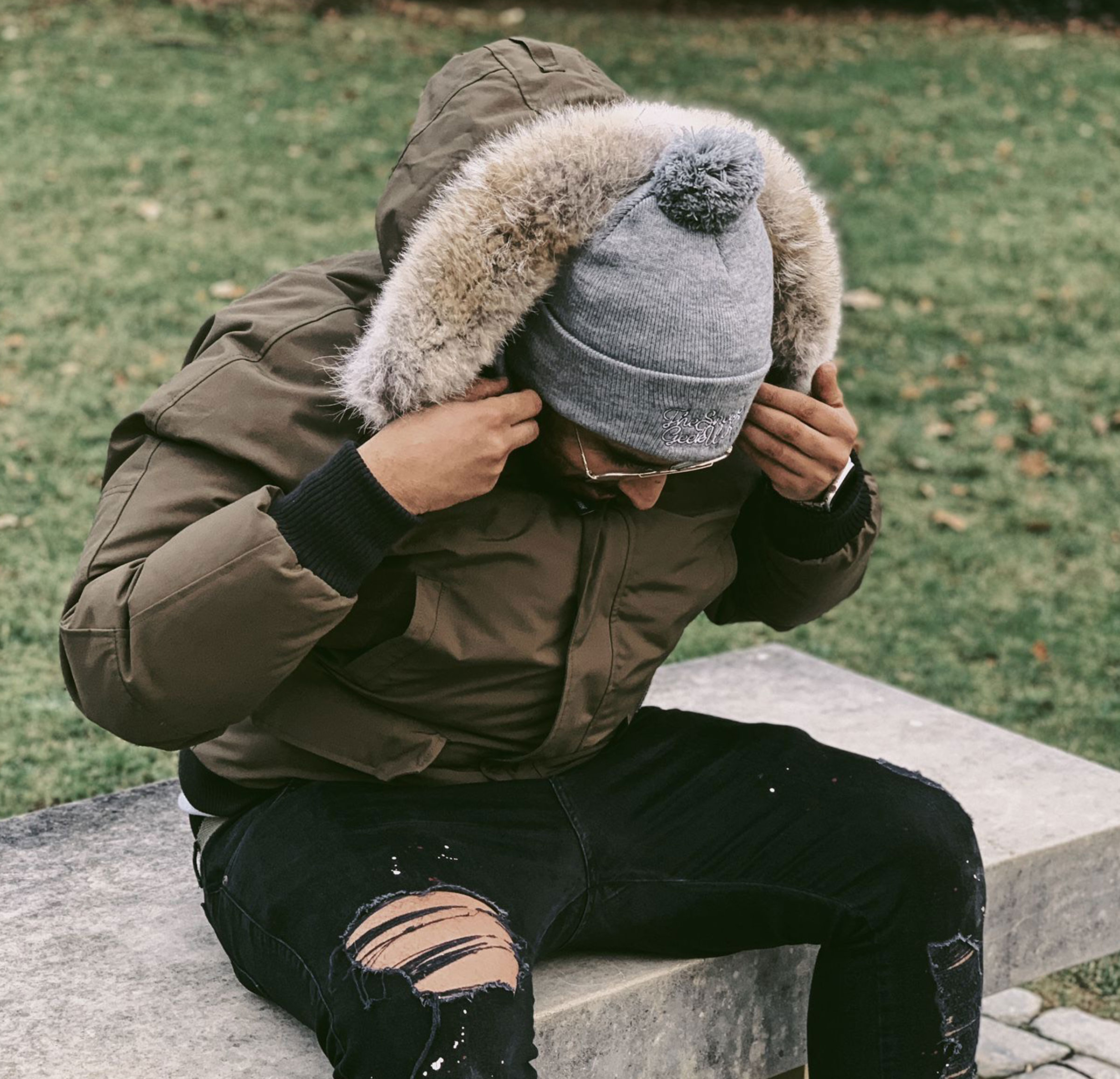 Leonidas took a different turn—away from a life of retaliatory violence and towards his current career as a strikingly singular rapper—taking pride in his lyrical prowess and dynamic rhyming patterns.

"I have spent a lot of time in my community trying to help young people reach their dreams (about music mostly) when conducting my music projects and workshops under Blueprint Project which targets disadvantaged youth to help mentor in Oxfordshire," says the foremost rapper.

Looking back, Leonidas mulls on the core message of his music and the maturity it has evolved to. "I think in a lot of my earlier stuff the message was more ignorant or immature in the sense that I was growing with the content I was creating." Moving forward, having a prominent voice or presence in my community paved the way in understanding the "importance of having a healthy balance of music" bragging positively about his capabilities with a "tongue-and-cheek-feel" to indicate the excellence other artists around him will fail to come close in comparison. He also focuses on establishing an optimistic perspective through the storytelling of his "truths, losses and lessons in life."

To try to succeed in a music career, for instance, particularly in a style of rap that does not sit in the mainstream, patience and hard work played a key role in his journey. "I’ve been making music since 2008 (questionably 2007). However, back then I didn’t know what I know now or have the tools to push my music in the right direction," he recalls. "It wasn’t until 2016 when I started to gather my knowledge and build my resources and catalog of music and take a stab at becoming Oxford's very own," the rapper adds.

His first official independent release came years after in 2018. Since then he has not looked back, performing in multiple events, clubs and even the O2 Academy in Oxfordshire. Not to mention the release of his original content through his social media accounts and music channels.

A typical day in the life of Leonidas is nothing short of "stressful" in summary. "If I’m not working on music, I’m working on something to supplement the music, between my business, youth work and studies. It doesn’t leave much time for much else," says Leonidas. "However, I am grateful and blessed so I can’t complain," he adds. Virtually growing up somewhere like Oxfordshire presents an unfortunate space that the opportunities for a lot of the fortes he currently does are minuscule. However, in the grander scheme, he realized that perhaps it is his mission "to create those opportunities."

Leonidas observes the austerity measures, the unspoken central theory to lower the threshold of what people find acceptable. His latest song 'Normalise' (Normal Lives) tackles the consequences of the "imposing imposter syndrome" most people encounter in modern-day society. According to him, the song's concept aims to boost awareness about the rise in "feeling inadequate or unfulfilled" due to the unrealistic, inorganic and unattainable goals people generally set for themselves as a result of the impact of erroneous influences and/or influencers. "I raise awareness where I can and have done so on large platforms like BBC Introducing Live (which doesn’t always get the attention it deserves) but also like to have fun with it."

"'I just wanna normalize people living normal lives' is true to its word and expresses the importance of happiness in oneself above all else," he shares regarding the line in the song that strikes the most. "I loved writing this song because it reminded me of so many scenarios either myself or somebody I know has been through.  I live and breathe music so each process to me is as important as the last," he adds.

Looking up to his mentor from the local music scene, Sonorous, the wordsmith carries on his legacy with a body of work that he hopes will transcend generations present and future. "I always look up to you cause I know you’re always looking down. RIP my brother!" Leonidas hopes to expand his influence with collaborations with big names like John Legend, 50 Cent, Wretch 32 & Kanye.

The inevitable question remains. Why the moniker 'Leonidas'? Some of his followers have concluded that it's his actual name—to which he gets amused. "Other than that, King Leonidas from Sparta is a good enough reference to go with this name as an artist," he explains with a laugh.

She reminds us that health and love are of utmost importance in life.
MIXER