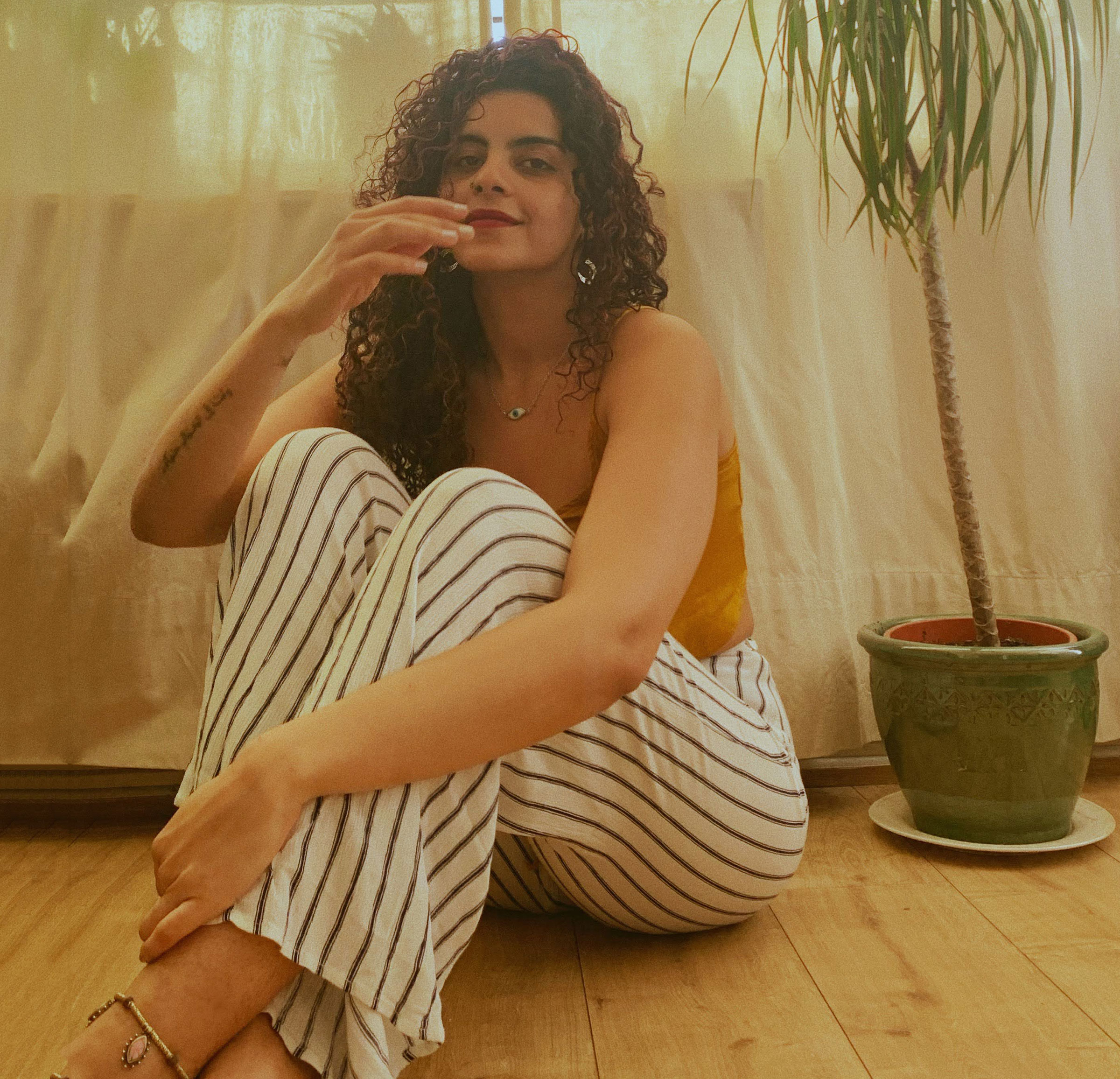 From the very beginning, Layal immersed in the London music scene and found herself performing at open mic nights and meeting different artists.

"Something that I hadn’t been doing before because I was still too shy to sing in front of people!" She pushed herself out of her comfort zone and slowly became more comfortable and even had a few gigs in 2021.

During the pandemic, Layal shared she considered the "season" challenging having released her debut single 'For The Love Of The Cool' and was looking forward to promoting it.

But later on, as "horrible" as the situation was, Layal was thankful it allowed her to learn about what exactly she was getting herself into when she decided to finally turn music from a hobby into a career.

Layal took the time to do online workshops, write more songs, watch documentaries and join The Collective with You Press over Zoom classes. She tried to educate herself more about music and the industry realizing that a lot of it is business and management. She concluded:

Speaking about the song story, Layal says, "I wrote 'Temporary Highs' around the time when I was discovering so many Arab artists and I was so happy to discover female artists as well, so many! Seeing so many other women doing it, inspired a lot in me and helped me grow as an artist." She knew right there and then that 'Temporary Highs' would have to have some of these influences.

The main message is to empower women and make them believe that they should not be made to feel invisible. "Women should have equal opportunities to explore themselves and who they are, they should not be suppressed," she says. "It’s about those who try to mold us to fit into society’s standards, the song is telling them that this has changed," she adds.

Layal aims to make music that blends different cultures, languages and instruments and encapsulates in a three-minute song. She confesses this was an easy song to work and everything fit well from the start. Around the time the "MeToo" movement was at its peak in Egypt, Layal learned greatly about the stories of various women in Egypt that were not living the lives they aspired to live and were treated unfairly. "I guess I wanted to use my music to send this message hoping that someone will listen to it and recognise the power they have! I aim to make mindful music and use whatever platform I have to send a message."

As for the recording process, she says, "I love being in the studio and finally seeing these words that I’ve been writing and singing for ages come to life and hearing l the music as well it’s so satisfying.

“Your fear me cause really you just need me” is the line in the song that stands out to Layal the most. "I believe that the root of the "MeToo" issue is that men who force women to live in these conditions are threatened by them and do not want them to recognise their power and influence so they try to reduce their value."

Layal leaves a message to women and aspiring artists. "Always go beyond the boundaries that the environment sets. Always push yourself out of your comfort zone and experience new feelings and thrills. Be different and don't be a cookie-cutter and follow the crowd."

Layal is currently in the process of writing and recording more music. She hopes to release a few singles this year. The singer still plays around with different genres and tries new methods and admits she is not ready to settle on one genre just yet. "We are multifaceted and there are so many layers to us and we should indulge in them," she believes.

'Temporary Highs' is out on all digital music streaming and download platforms.