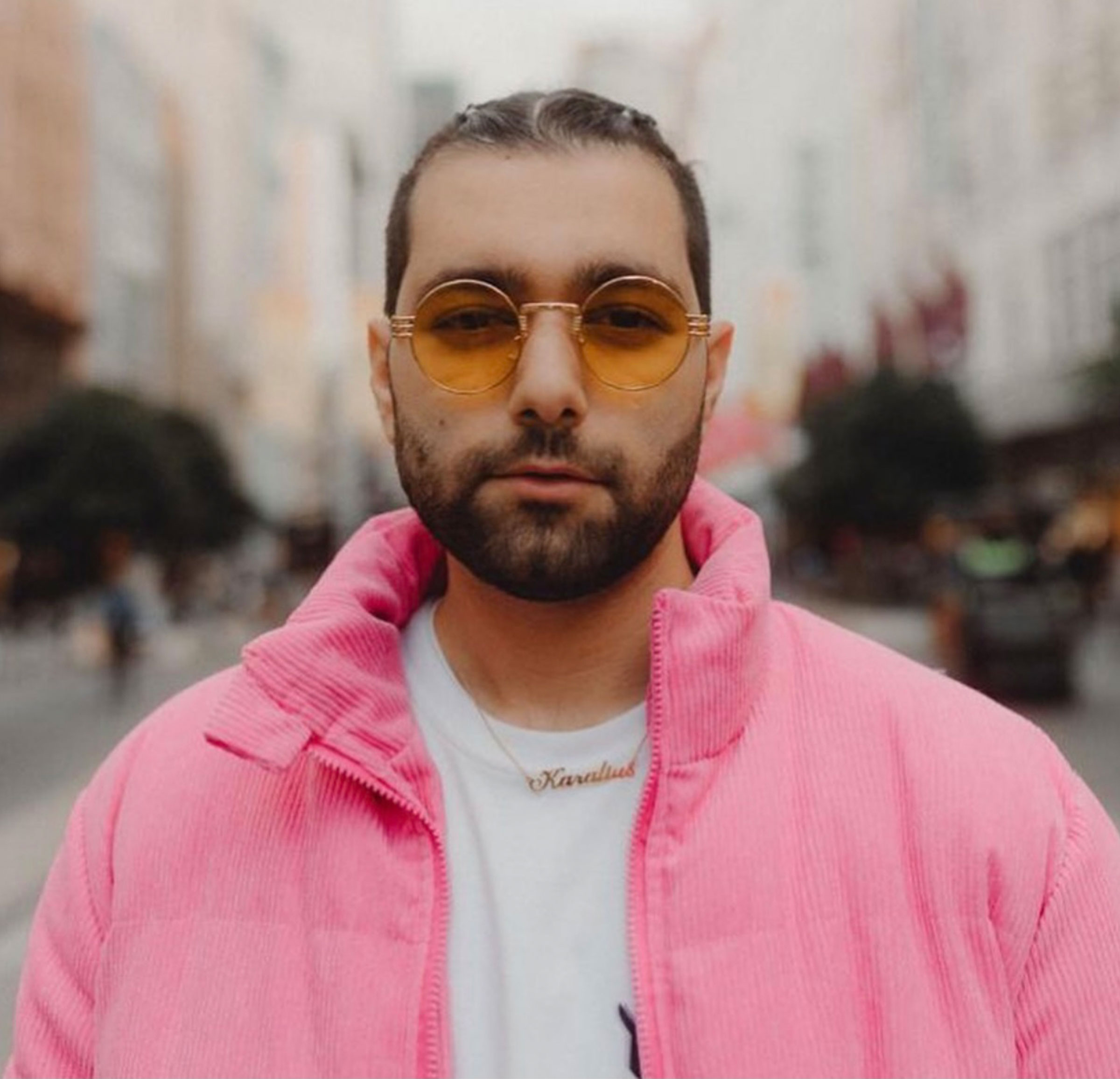 While the rest of us humans struggle to speak a language other than our native tongue, social media creator and coach Karalius covers rap in more than 45 languages.

The feat came out of his curiosity attempting to do "the craziest creative challenges possible." "I started off analysing football tactics when I was 13, becoming a journalist at a young age and getting out of my comfort zone to cover the biggest competitions in Asian football," he recalls.

After 5 years in the industry, he moved to Australia from Dubai to study. He began making content about the lifestyle of a young creative and how to maximise potential. "That’s when I began to learn Spanish, which led me to consume music from the Dominican Republic, and I ended up learning their specific dialect so I can make content on Youtube," he claims with a smile. Fast forward to two years, Karalius built an audience of 200,000 while learning how to rap more than 100 Dominican fast raps in the process. "That got me thinking, can I do fast raps in different languages?" Karalius shares further in an exclusive interview.

Why Karalius for a nickname?

This actually confuses people as I couldn’t get the social media handle for my actual nickname, which is 'Karalius.' When I first saw the name it resonated with me, and then I found out it meant “King” in Lithuanian. So I guess it’s a nice touch.

Please tell us about your musical journey.

Well since I was a kid, I just had this passion to create systems… and naturally, that led me to think about how I can use those systems to maximise my creative abilities. I listed down every possible song I could remember from my childhood, built a database and found out that I had a song memorised from 61 different countries. It then hit me that I could go on a long-term quest to do this in every country in the world.

To give you a few examples, I memorised Albanian and Nigerian songs in May 2021, and most recently I learned how to rap in Polish, Japanese and Thai. To be honest, not many people understand why I do this, but the reality is we’re in a world where we have so much information in front of us. We’re so blessed to be able to hear Brazilian funk one moment and Sudanese drill the next moment, just by moving our fingers for a few seconds. I’ve found legendary songs that will remain with me forever and learned about cultures that I never thought I would have gotten to know.

So this journey is my inspiration to keep giving to this world as much as I can. No matter how “bored” I can get, there will always be something new to explore.

So from country #61 in early 2021, I ground for a year and brought that number up to 88 countries

How do you stay humble considering you have been on TV and have a massive following?

Being on TV and having social media success are things that I’m proud of in my career, but it stops there. In the end, they’re just things that happened that thankfully improved my prospects, but I don’t see a need to act like I’m better than people because of it. So really it’s a simple process of not taking things out of proportion and acting like someone I’m really not.

What's your biggest dream as an artist?

To create a multicultural genre of music that includes different languages, beats and flows. Like, Brazilian Funk, Classical Arabian and Techno somehow meshed together while rapping over the beat in Danish, Hindi and Japanese for example. Music for the world, involving the world.

Who do you look up to in terms of musical style?

It’s hard to say as I listen to music from too many different genres, but definitely Dominican Dembow’s El Alfa is an inspiration to my music as well as fast rappers like Eminem, Busta Rhymes and Tech N9ne. Algeria also has some of the most interesting rap flows out there with artists like Didine Canon 16 and Trap King. I also really like what Bad Bunny does with his music, on his latest album he has more than 8 different genres and sometimes mixes more than 2 or 3 in the same song. That’s talent and creativity at its best. Shoutout to music producers though, they are a very important part of the industry and create the sounds we love to hear.

Shoutout to music producers though, they are a very important part of the industry and create the sounds we love to hear

Any plans on entering the Guinness World Records?

Yeah, I’m in the process of documenting my journey in an organised fashion so that when I complete a song from every country, I can present it to the Guinness World Records.

Any message you want to leave our readers?

You have everything in your hands to find your creative sweet spot, your passion. You just have to keep exploring, trying and failing to be able to find what’s right for you. The result is important, but it’s the journey there that will truly make it memorable.