Musings of a multi-talented Egyptian musical artist Sherif AbdelMeged
"Perfection is the enemy of creations." This translated to his latest release: 'Law Eta'abelna' 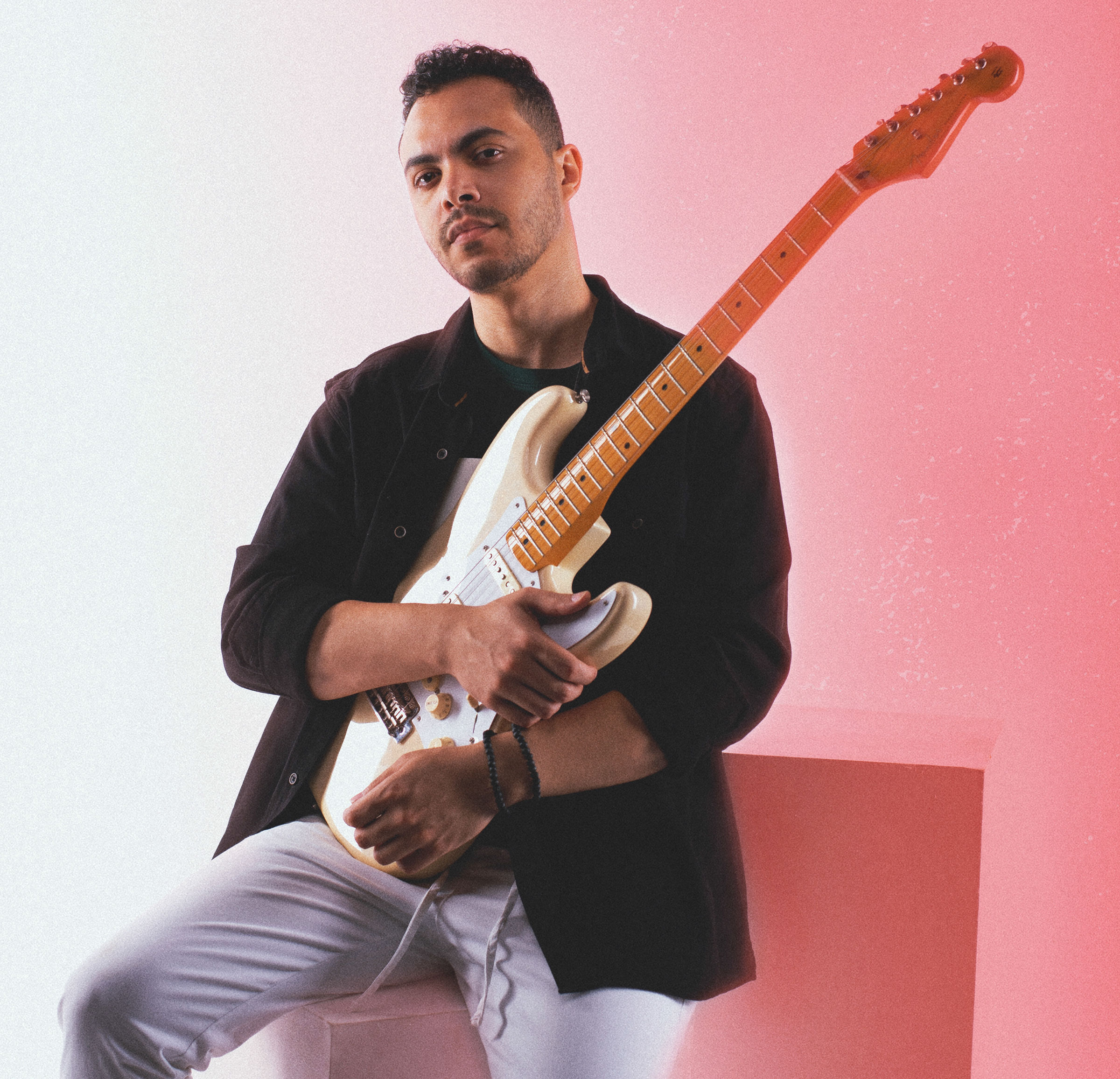 His philosophy in writing is simple: Write what comes through what he feels in a way that describes a certain mood, vibe, and moment.

Egyptian guitarist, singer-songwriter, and producer Sherif AbdelMeged share his message through his music to reach like-minded people a positive message to everyone, to not feel alone in a time he believes that no one should be. Known for his bluesy sound, the guitarist-producer plays a powerful and inspired mix of contemporary blues, lo-fi/soul, and alternative rock.

Sherif is never the type of person or artist who blames the community or tries to find gaps instead of bridging them together. Admits that Egypt's independent scene should work more and put a huge effort in the form of creating, writing, and releasing songs. "The more the outcome, the better it's gonna be."

A perfectionist at times, but shares that recently tries to not be one. "Perfection is the enemy of creations," he says. This translated to his latest release: A song he named 'Law Eta'abelna' featuring Shahira Kamal. "It was about meeting someone and feeling that you met them before and asking yourself the great question of what would happen if you met that person a bit earlier!" The lyrics were inspired by a true moment in Sherif's life.

"I enjoyed the whole process, from writing to recording until bouncing the master of the song." An audio engineer himself, the singer-songwriter admits he enjoys the studio process equally. "My comfort zone," he affirms. "Sometimes it's hard to get the feeling right at the first attempt, but there's some magic in between to get you to the final stage of having a good song."

His biggest dream is to make a livable art that anyone can listen to a decade from now—a discography that lives on. "We can call it a legacy, a message that never gets old or ruined by time, that's the inner motivation that keeps me doing my everyday work." He was a little coy talking about his dream of walking in the footsteps of his idol John Mayer. If given a five-minute chance to spend together, it would be a tough one to answer. "I would make it worth a ton, not in a musical theme and discussion, but in trying to dig deep into the artistic manners behind making music. I would love to know about their life experience and dive into the mentality of his songwriting."

We can call it a legacy, a message that never gets old or ruined by time, that's the inner motivation that keeps me doing my everyday work.

Sherif first picked up a guitar at the age of 18, playing with many musicians and bands. After a long pause, Sherif went solo and presented himself as an independent artist releasing a few self-produced singles in 2018, a new single Mathabetsh in 2019, a couple of singles in 2020, and an Acoustic collection for songs like Wist Elzeham (Acoustic), Ghareeb, and Estihala - Live Acoustic. Sherif slowly shifted to a hard-hitting vibe and neo-soul guitar direction. His latest collab with Mai Kamal got featured on NRJ Egypt radio and Al Arabiya TV.