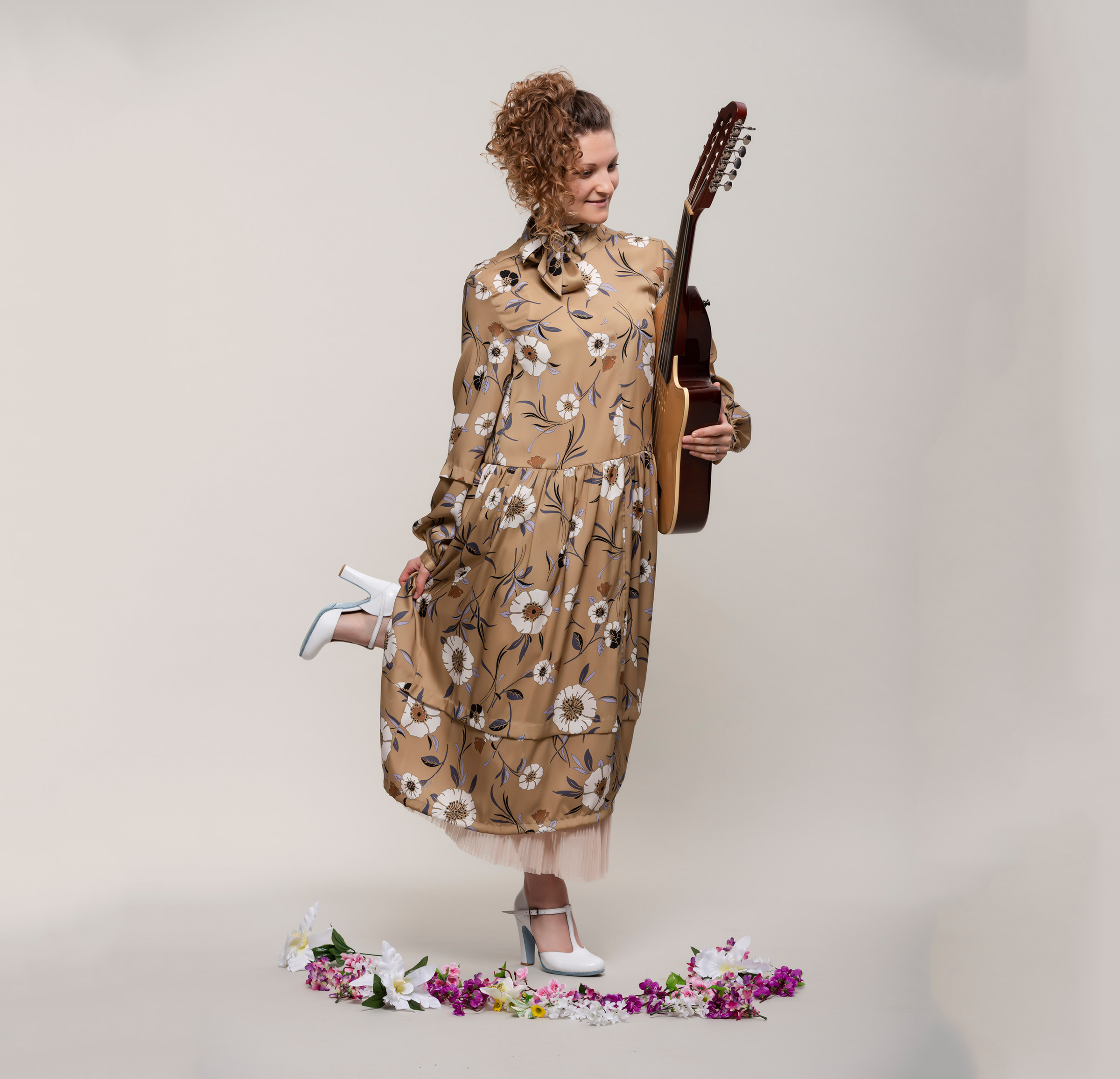 Three is not a crowd for oud player Aliya Cycon, producer Selim Arjoun and singer Arjoun Noor who became close friends while on a tour in 2018 in Tunisia working with the non government organization (NGO) Tunisia88.

Tunisia 88 offers free concerts, workshops and trainings to high schoolers around the countnry. The three artists were part of traveling teams that perform at two high schools a day—often many weeks in a row. Through this "special kind of touring"—different kinds of environments and challenges—they bonded with one another "musically and humanly." The concerts they showed the students were outstanding: Some songs were prepared in advance together, and others were spontaneously created in the moment, as students in the audience watched the musical process unfold right before their eyes. "We really got to know each other intimately as friends and as creatives," said Aliya. "Aliya is more than an artist for us, she is a sister," Noor affirms. "When Aliya started composing the song 5 months ago, she thought that we can collaborate and that the song fits with our music universe," Salim adds. musivv catches up with the three in an exclusive interview.‍

How are you guys coping with the pandemic?‍

Aliya: It's allowed me to embrace my more introverted self, which has actually been a good thing. I miss performing and touring a lot, but I have a lot of faith that it will all come back at the right time. Now has been a great time to improve my production skills from home, without the benefit of having live musicians and studios at my disposal, as well as seek deeper creative inspiration that feels most true to me and everything I believe in.

Selim: Before the pandamic, i was touring a lot, and i didn’t really have much time to focus on what i love in music. So when Covid started, i built my home studio, and started working on some studio projects, creating and producing, and also composing music for films and series. I just spent much of my time doing that, so i felt more connected to my music, and musically things were clearer for me.

Noor: At the very start, dealing with the sanitary crisis was not easy due to the decrease of live concerts. But in reality it helped us to put our feet on the ground, to focus on structuring the project, to build our processes & to take advantage of the lockdown to compose and produce music together. Also, it allowed us to be much more present on social networks.

On the other hand, Selim is also a film music composer, so it gave him the opportunity to focus on that too for for a period of time and it was very beneficial.

What was the creative process like working on the song remotely?‍

Selim: Aliya started by making a draft of the song, so she recorded the oud parts, the vocals, also the percussions idea. The idea was to record Noor singing with French lyrics, that our mom wrote which speaks about the main subject of the song. So Noor composed her own part, and after thatIi had all the tracks from Aliya and started producing it. We talked about some references then I went ahead. The goal in the production was to add some layers while maintaining a natural and an acoustic sound. So I started recording percussions, mainly by playing with some gadgets I had in my studio, by also singing them (laughs) or by recording claps, snaps and even creating a kick from a guitar core, to then mix it with an electronic kick, just to have that authentic sound.

Why is that ? Because the song is very personal, and i thought it would be cool to have to record the main percussions from personal gadgets, so we’ll feel that intimacy in the sound.

Then I recorded subtle keys, (pads, rhodes, synths) to add some color and to make the sound bigger. So we can feel the energy of the song. While hearing the track, you can barely listen to them, because I said I wanted a dry and acoustic sound on this track, but if we remove them completely, we can feel the difference.

After recording and producing all these parts, I sent back the draft and Aliya felt inspired to add some cool backing vocals, then that’s Noor who added their backing vocals part. After that I also added some other layers. And that’s it! We’ve done it. I call this technique : The Ping Pong Technique which is to work on a ‘come and go’ process.

For the mixing and mastering, we worked with Nasredine Haddad who is a friend of mine, but also Aliya’s friend. He’s one of the most iconic sound engineers of Tunisia, i went to his studio and we worked together (we were sending photos to Aliya while working haha just that she feels with us in the process).

The good thing about our process I think is that we communicate every day with Aliya for a whole.I really love working with Aliya and Noor, they are good communicators and we understand each other very quickly. So the process was really smooth.

‍What core message would you love for your listeners to take home from the record?‍

Aliya: When I started writing this song, it was about someone I care very much about. She was struggling a lot with mental health, and it started to pull her so deeply inwards that she lost track of anyone else in her life practically. It seemed like she was trying to heal herself all on her own (hence the lyrics in the first pre-chorus). I wanted her, and so many people, to know that they don't have to do it alone. In fact, the deeper message of the chorus was me trying to tell people God loves them, and they're never alone. Then the bridge comes along to tell that same person that as soon as they receive the healing that comes from knowing the love of God, they are then able to share that love with others, rather than remain inwardly focused. So yeah--God really loves you and wants to heal you and empower you to share that love with others too!

Selim: We wanted our listeners to remember that despite the deceptions we can have in our life, continue and pursue what they love the most, and also to remember that they are surely surrounded by people that loves them: Family, friends, lovers etc. Sometimes, you just need someone to tell you that, and that’s the goal of the song.

Noor: Each of us has ups and downs. Each of us has a story & sometimes we just need to be told that we are loved and that we have to keep fighting & that there are things worth fighting for. 'You Are Loved' is a celebration of love and its impact on a human beings.‍

How is the song different from any other work you've done?‍

Aliya: The fact that this song ended up on a pretty big Pop playlist says it all. I don't usually do pop, because I don't have that kind of production style or skill. The amazing touches that Selim added make this song go from the usual box I'm in (some kind of "world music fusion" thing) to a bona fide RADIO BANGER! I'm so excited about that. My hope is that this song enables the more mainstream/indie pop listener to hear the oud in a new way, and that the oud will begin to take its rightful place across all music genres.

Selim: In my opinion, every song should be different from the other. Every song has its own story, its own personality. So it’s important to have for each song its own creative process.

Noor: I think one of the most striking things about 'You Are Loved' is the process. Everything was created and wrapped up in the span of only 4 weeks. The production, the visuals & the music video. I think it's the first time we managed to release a track in such a limited amount of time.

Just under a month ago, the three decided to drop the song on Valentine's day which barely seemed possible at first but the chance they took and the challenges they overcame made it all worth it.

'You Are Loved' is now available on all steaming platforms.

CULTURE is musivv’s segment dedicated to featuring artists promoting musical heritage and culture. Features under this segment are eligible for a nomination under this category on The musivv Awards (TMAs) annual recognition.

Mel7em takes us on a journey of heartbreak and self-evolution.
CULTURE
Read
Full Story

Based between Dubai and Bahrain, Xenai shares his life moving around constantly. Photo by Phil Seaton.
CULTURE