Teen producer Chimerix turns his mental health struggles into an album
UAE-based teen rapper Chimerix bares his soul on his latest full-on album about his contrasting personalities—the energetic and the melancholic. 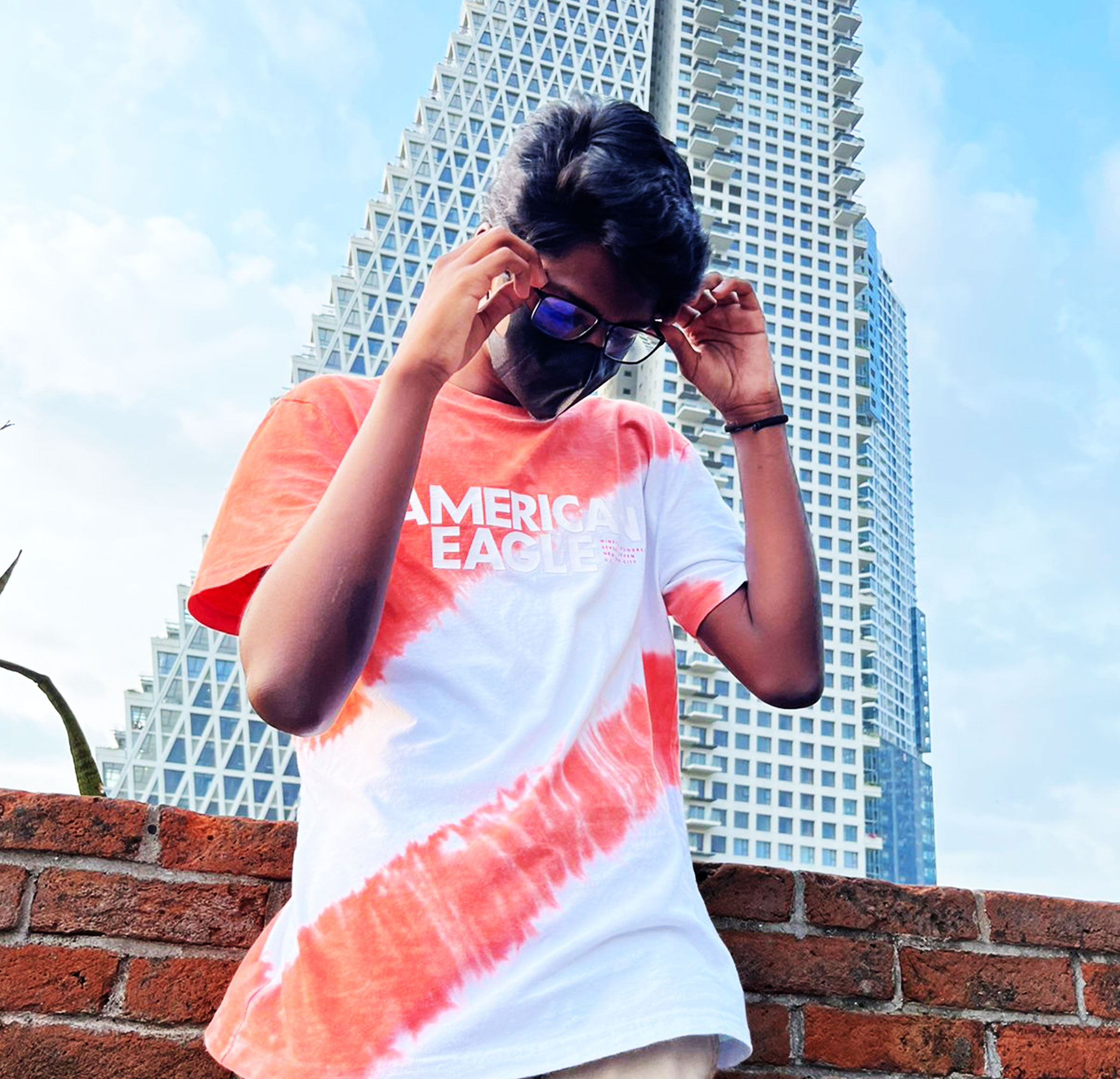 Born and raised in the UAE, 14-year-old Sri Lankan producer Chimerix admits to being a massive music head.

He started making music when he was 10 years old, inspired by his father who used to sing and create tracks using an old Yamaha keyboard. After learning FL studio from "YouTube University," Chimerix has released a 14-track album as an expression of who he is.

The album is titled 'MSGP' which stands for his full name Millaniyage Saniru Gavith Perera. He wanted this album to explain his life. Essentially, it describes his life and personality with emotional melodies, deep lyrics, and hard-hitting beats. The wheel of emotions, my change of moods, and the struggles he goes through daily are all put into 14 songs. The album is split into 2 sides, the first 7 tracks representing his hype and energetic side, and the last 7 tracks the overthinking, deep, emotional, and melancholic side. "I wanted a couple of these songs to be songs that other people can relate to as well. I also wanted my fans to get an idea of how my life is from these songs, and based on the response I'm getting, a lot of people seem to understand me a lot more," he says.

I also wanted my fans to get an idea of how my life is from these songs,

Saniru Perera aka Chimerix started working on the album in November of 2021. 'Learning pt. 1' was the first track on the album. "I was able to finish the album by February, so about 3 months, which honestly I was shocked by because I didn't expect to finish the entire album that quick," explains Chimerix. "During these 3 months, I was going through a lot mentally," he adds. It was a serious mental problem that the young producer had but eventually fought through on his own. "I'd say I'm a little bit recovered from it, although there's still a lot of stuff going through my head that I don't talk about a lot." Some songs like 'Thought She Led The Way' were songs he created years ago but were never completed. "I remember writing the chorus and making a demo version of that song back in 2020 after I released 'HOAX.' However, at the time I wasn't happy with the way that song came out, so I left it in the vault until one day I just randomly decided to bring it back." He believes bringing it back was a great idea as it sounds a lot better now than it did in 2020, and according to him, a lot of people love that song!

He admits making the album was a "super fun process" as Saniru kept no boundaries for himself with it. "I did my best to express myself and be free and not afraid of what anyone else would say about the songs, as I just wanted this entire album to be made by my true self," he comments. Making 'Woah!' was undoubtedly amusing as it was his first time rapping on one of those types of beats and people will love how energetic that song is as well.

Getting Neo Nheechi and Chokidoki to feature on the album was a big thing as well. Neo Nheechi and Chimerix have made multiple banging songs in the past and he claims it did not feel right without getting him on this album as well. On the other hand, this was his first time making a song with Chokidoki. "We met on Discord after I did a feature for one of his unreleased tracks and I really liked his sound, which made me think of getting him on 'Lose My Mind' as I thought that he would be very fitting on that Pluggnb type beat, and I was right!" Overall, this album is exceptionally better than the other albums that Chimerix made.

Usually writing is Chimerix's least favourite part of the song-making process, however, for this album, he reveals he loved writing every song. "As I said earlier I allowed myself to be completely free with what I said, so I had no limits. I definitely wrote some of my best songs and I loved writing them, especially the 2nd side of the album." He wanted most of the songs to be like a story, so writing some of them was like writing a story about his experiences, almost like writing an autobiography. ‍

'Tried To Find Happiness But I Failed' stood out for the teen producer. "There's nothing that I hate about this song. I love everything about it, from the lyrics to the production." This song perfectly explains his life in 3 minutes. Writing the song gave him a certain feeling of relief being able to get his thoughts out and allow others to have a glimpse of them. Initially hesitant for fear of judgmentalism, Chiemrix mustered the strength to not bother about what others would think. Interestingly, the song became a fan favourite. "I really love how the final track came out and I'm super proud of it," he exclaims.

Mainly a collection of personal experiences—especially 'Learning' parts 1 and 2—the songs on the 1st side, apart from 'Life of MSGP' are solely hype songs where the lyrics are trivial. Every song on the 2nd side is based on personal experiences. These personal experiences are mainly just the ways that other people treat him and how it takes a toll mentally. "As a mildly sensitive person, I'd say I do get a bit disheartened when people say certain stuff to me, but when I make a few songs about it, it releases a lot of mental issues," he confesses.

As a mildly sensitive person, I'd say I do get a bit disheartened when people say certain stuff to me, but when I make a few songs about it, it releases a lot of mental issues

The song 'Woah!' was heavily influenced by the song 'BodyPartz' by Luci4. "If you listen to that song you'll get what I mean, there's not much to say on that." 'Thought She Led The Way' also had some Juice WRLD inspiration when it came to the beat of the song. There's also a heavy Yeat influence throughout the album, especially with the songs 'Money Straight' and 'Guap Up'. The song 'I'm a B#tch' was inspired by Glaive. "I love Glaive. He has such a unique sound and I really wanted to make a song in his style." After hearing the beat of that song, he knew instantly that was his chance. "Shoutout to all of these talented artists, this album wouldn't exist if it wasn't for their amazing music," he says gratefully.

Chimerix leaves us with this overly used message but he says remains true based on his experience: Keep working hard, never give up, and ignore all the haters. They'll do their best to bring you down but don't let that change your dreams. He also wants to address a specific group of people. "If you're someone like me who goes through mental health struggles like depression, don't be afraid to talk to someone. You can seek professional help or talk to a close person who you trust because it will definitely make you feel a lot better about yourself," he concludes.‍

'MSGP' is out on all digital music download and streaming platforms.

My full name is Millaniyage Saniru Gavith Perera, but most people just call me Saniru. I go by the name CHIMERIX. I am 14 years old, from Sri Lanka, born and raised in Umm Al Quwain, UAE.
NEXT
Read
Full Story