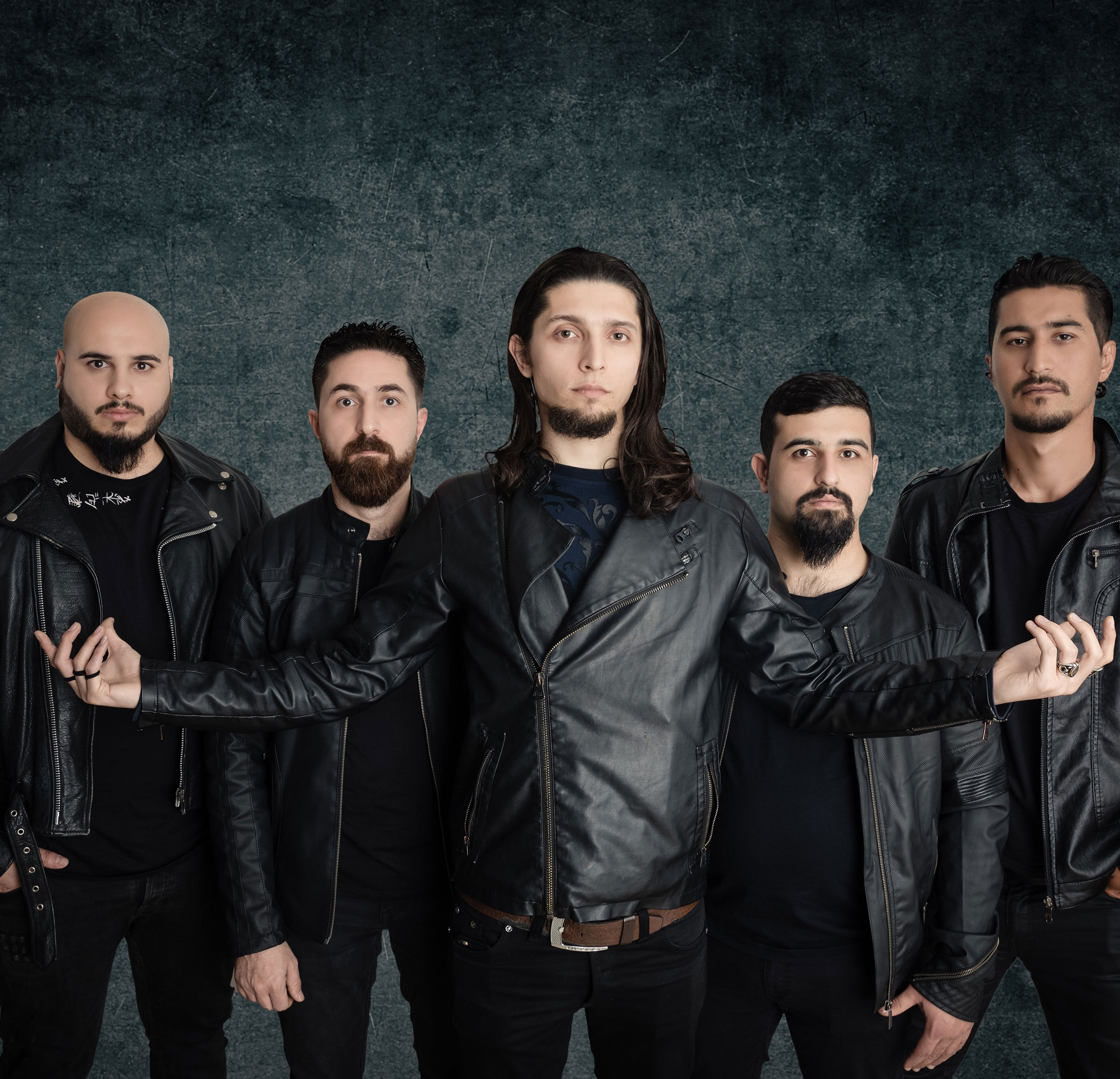 "The story behind the name Dark Phantom was that we live in Kirkuk City, North of Iraq. The sky is almost dark even in the morning because of the oil companies. The richest city primarily because of petrol but it’s cloudy and dark like a beast and we all decided to use Dark Phantom," says Dark Phantom's frontman.

The impression was to reach their dreams in western music, to express the inferior circumstances in the city, and explain it to the universe. But things weren't able to progress due to the bad situation in Iraq, which led to the postponement of forwarding progress and a period of hibernation, for their safety. "After the Iraqi war, I got a Metallica CD from the US army when they walked down the street. I listened to every song! It was different from what we used to listen to in the Middle East. The music. The lyrics. The energy! We were living in war at that time and their music pushed me to learn guitar and search for people who listen to the same type of music and when I found them we decided why not make a band in our country!" he adds.

In 2008, the band was able to start up again and started rehearsal despite all the dangers. Death was a consequence, of being caught playing this music in an Al Qaeda-controlled situation. "Our first show was in 2011 at Kirkuk Doctor Hall. We wanted to be the first rock and metal show in Kirkuk history. We printed posters and tickets and we booked the hall, too. It was a risk at the time because of the situation but we did it and we never imagined we will sell more than 300 tickets. The hall was crowded and I was petrified. "How can I play in front of a crowd?!" But the show was amazing all of them enjoyed it," the frontman recalls.

After the Iraqi war, I got a Metallica CD from the US army when they walked down the street. I listened to every song!

There was a lot of criticism in the Iraqi arena of the band's music after the war, but the band was still looking to faith to guide them in what they believed – that music, itself, means life.

In 2009, the band managed to birth their music, by starting to write the first songs after many months in rehearsal, the band continued preparing for more songs and they set to make their first album.

In 2011, the band played its first concert in the city of Kirkuk and It was unforeseen. Under the same circumstances (volatile aggression, anti-metal music “laws”, etc.) a crowd came to see them and news of the event rocked the small city.

After a lot of demand from the fans on the band's Facebook page for a second concert, in 2011 Dark Phantom was ready, but there was another situation that made it impossible. Terror groups and their allies began threatening to close all of the band's pages on the internet and the band was also warned, again to stop their activities. "They even know their names! We were scared for our family so we closed our page. It was a very hard time," he recalls. After the situation became better, the band played in the north of Iraq. Safer than Kirkuk and other cities, they released an album through labels and after the Isis war was over, they aimed to play in Syria. (These two countries faced the same war) "We did it in 2019 by sharing the stage with a Syrian metal band," he exclaims.

They even know their names! We were scared for our family so we closed our page. It was a very hard time

And in a short time, they made their 1st original album 'Nation of Dogs', which, in the band’s and their fan’s eyes, was a complete success. These days they are traveling across cities to meet and rehearse, to accomplish their dream and create their music. "My biggest dream is to play without apprehension in different cities, and different countries, to show to people and fans here we are a metal band from Iraq," he says.

Currently, the band released their newest single and are on the move to finish their forthcoming album. "Yes, we released our new single 'Courtship of Death' in August 2022. We also working hard on our album. We are from Kirkuk and we travel to a different city in Sulaymaniyah for recording and back home on the same day or stay there! We are almost done writing the songs and we reach 50% of the recording. Hopefully, we're done soon!" he concludes.

ROOTS is musivv's segment featuring musical artists of Middle-Eastern descent residing in the UAE, Middle-East and around the world. Features under this segment are eligible for a nomination under this category in the Musivv Awards’ annual recognition.