The tale of producer Anweezy: The non-fearing extrovert alter-ego
The sweet, soft-spoken and hardworking introvert Anwar Ahmed and his alter-ego Anweezy. 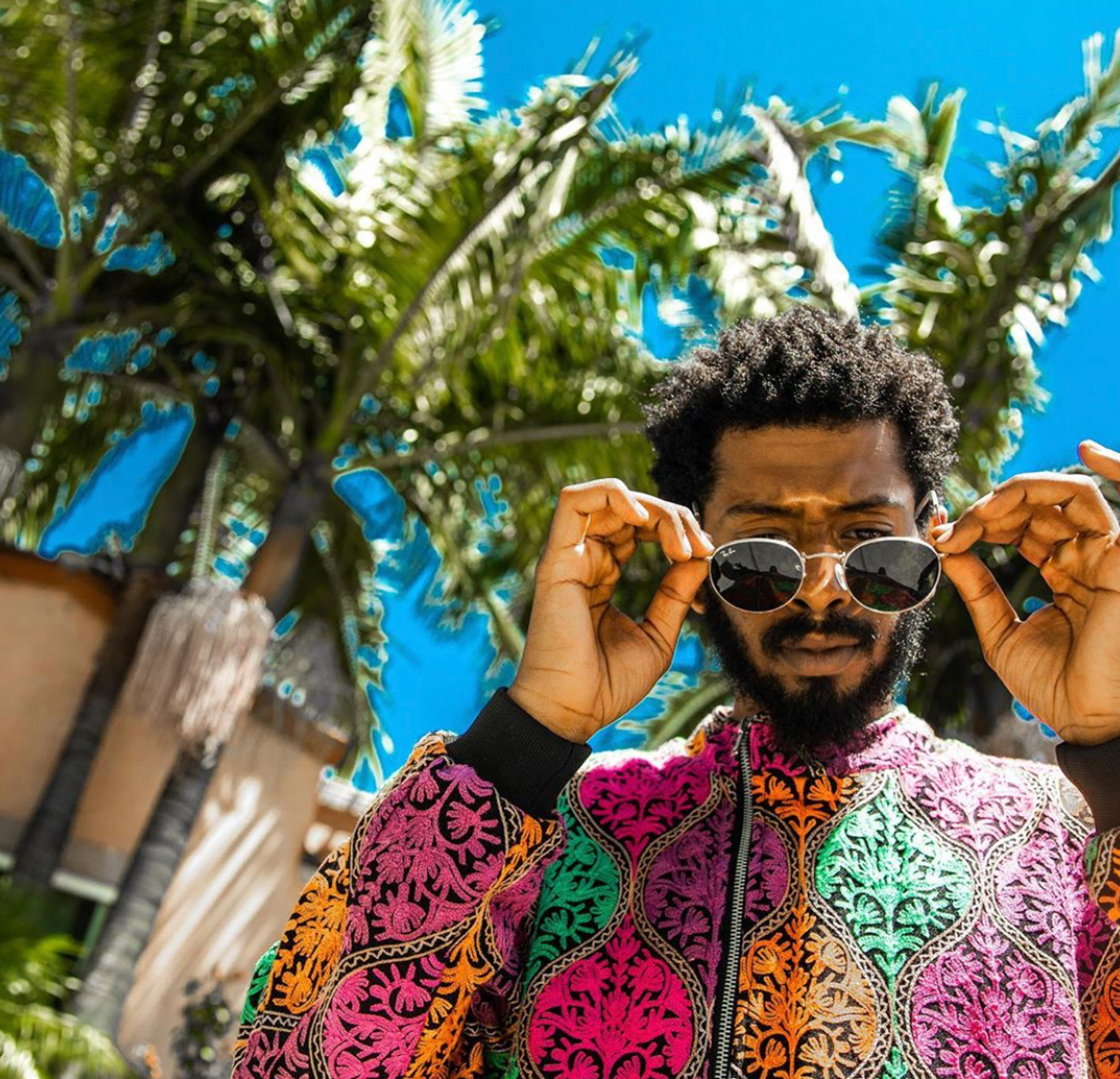 The Ethiopian-American producer was born and raised in Falls Church, Virginia by his mother who instilled in him a bull mentality.

"She made sure to show me in whatever I do to go 200% and from that I was able to do several things in my lifetime, so far. I was always math-inclined in whatever I’ve done." On the side, his hobby was inclined towards computers—anywhere from building computers and programming/coding. "I went to Pennsylvania State University and studied both Computer Science and Mathematics. So once I graduated, I moved to North Carolina for work. I hate that job haha so I quit after 3-4 months then moved to Texas for another position, which was my dream position but I still didn’t have a sense of fulfillment," he recalls.

After a year he then moved to Los Angeles to take classes for Project Management through Snapchat. "Crazy thing is, once I got certified, I ended up not doing that anymore." Anwar decided to drop tech as a whole and do his thing owning a couple of food trucks, managing a couple of artists and running a marketing agency. Overwhelmed by things, Anwar still found himself lacking that spark in his heart.

In October 2019, coming back from a Baltic Region tour with an artist he was managing, Anwar confessed he was emotionally and mentally destroyed by a past relationship, the team he was working with, and the artist he was managing. "My ex was easily the worst human to step into my life and due to her huge family name, it covered everything she did badly. This is me nicely saying this but I won’t go in-depth about that past relationship. It was the 'Top 3' lowest points in my life and it felt unreal cause if you know me I preach love but when I got continuously screwed over and harmed by ones that I love, I started going into a dark tunnel."

In November 2019, producer Blackbeard invited him to pull up to his studio to catch up which ended up as a heart-spilling moment. "He felt my pain and asked if I wanted to make beats with him while we were in the studio. AND THAT'S WHEN THE SPARK HIT. I felt this rush, which I still can’t explain but I’m VERY thankful for it. I ended up getting a drum kit from another producer named Baby Winsch the very next day and started making beats in December 2019. NO ONE KNOWS THAT I'VE BEEN MAKING BEATS FOR ONLY TWO YEARS." He kept this low-key due to the stigma or correlation between time and talent.

Now Anweezy loves what he does and for the first time in a long while, he felt clarity in life. "It took 26 years of my life to finally have a vision for myself and I’m never stopping," he says.

‍How are you? How has the pandemic affected you and your music?‍

I’m doing well, I’ve never felt so happy to do music till now. The pandemic actually blessed me big time. It slowed me down and allowed me to think differently coming into the music game. I ended up doing more virtual sessions with artists, producers, and other types of creatives through Zoom. And trust the efficiency through that made the most sense. I did miss being in the studio during the pandemic but regardless I’m blessed to have a chance to work with a diverse amount of creatives in a different fashion.‍

Tell us about your latest collaboration?

My latest collaboration is a record of mine named “Rid of Hope” featuring the amazing Kodoku and talented PROP. This record is pretty toxic but has the substance of heartbreak and how it impacted us.

What do you look for in an artist that you consider to potentially work with?

If the talent is there, it’s going to shift my focus to seeing you but if you’re not consistent, it’s pointless for us to work. I can just enjoy your music. If you’re consistent, whether it's music covers, releases, content, then YOU GOT ME LOCKED IN. The only thing after that would be a mesh of energy because what if you’re talented and consistent but we don’t catch a vibe… No true music will be made.

Top 3 projects you worked on.

Do you consider yourself a purist in terms of musical genre?

Not at all. I’m the complete opposite of a purist. I love mixing genres and breaking certain “rules” within the music. For me, it’s about advancing a sound or just creating a mixture of sounds. You can call me “Free Thinking Weezy”.

Last but not least and most importantly, Drake or Kanye?

Kanye, just cause he relates to me more than Drake does.