Miltiadis Kyvernitis: "I prefer sound over music"
"The artist needs to be serious about what they're doing. This means not taking shortcuts, but sweating, bleeding and crying with passion" 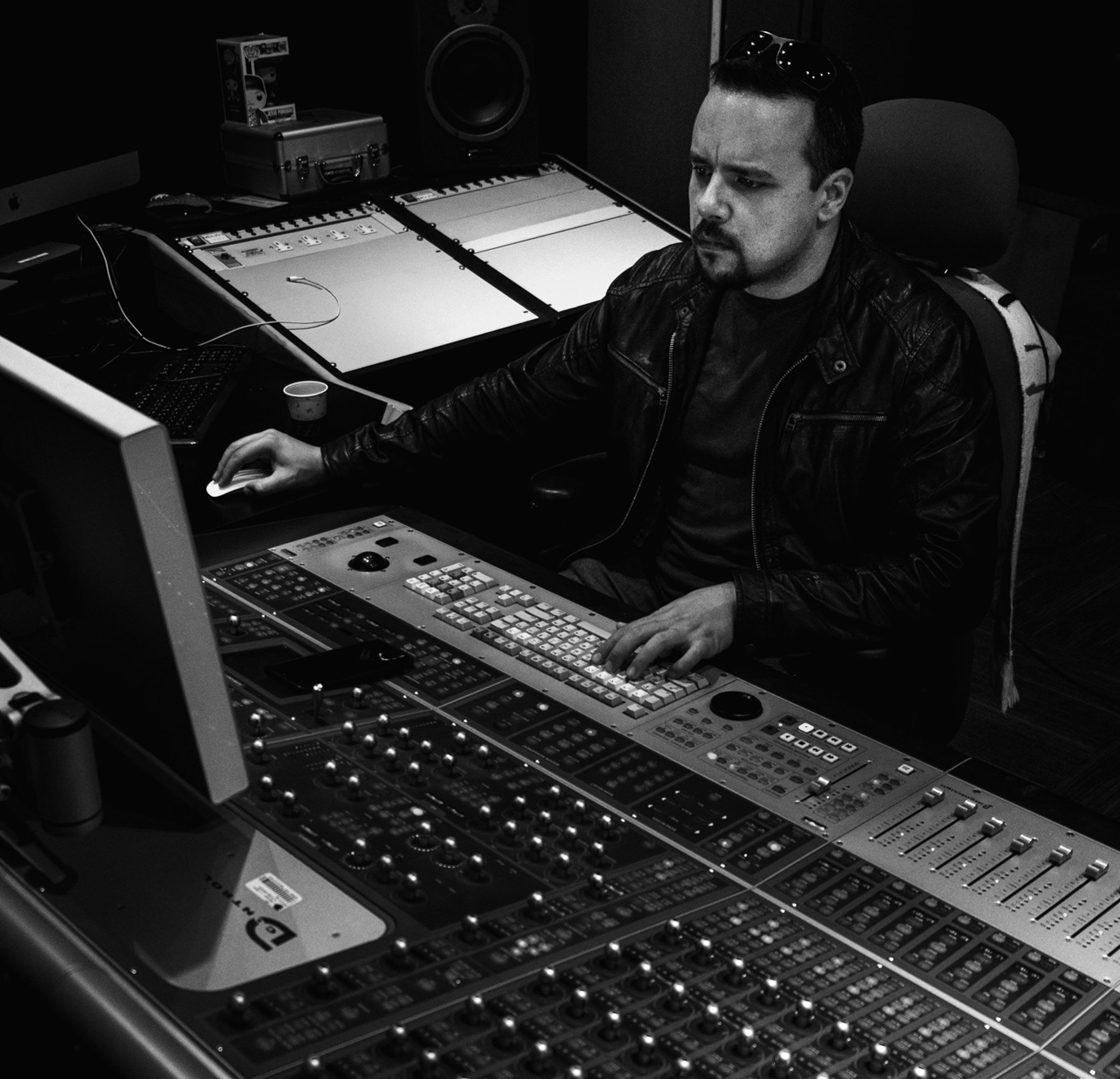 Miltiadis Kyvernitis is a professional voice actor for radio, TV and film working with a lot of local and international acts throughout his 20 years of working as an audio engineer.

Living in the UAE for over 40 years, MNK continues to produce music. "I prefer sound over music," he says. "I specialize now in sound design for film and I've been doing voiceovers for as long as I've been an engineer," the sound engineer added. "You'll hear me regularly promoting films on Dubai One TV as well as doing advertisements on radio and social media.," he boasts. He also worked on animated films and dub characters and as a hobby, he's a gamer and likes to collect and customize 1/6 scale models of his favorite film actors and characters.

MNK Studios, how did that come about?‍

I saw a need in the growing creative market for serious, purpose-built rehearsal facilities for artists and musicians and decided to take the plunge. So, while we have recording and mix studios that we use for daily work in all fields of audio production, the rehearsal rooms are the highlight of MNK Studios. Over 55dB of attenuation once those doors are shut. Anybody can use them, whether you're a musician, a podcast, an instructor or even if you want to shoot videos or host master classes. The best part is, that all our rooms are record-enabled, which means you can start recording right away. We hosted most of Expo 2020's musicians here for over 6 months, the first month all booked out by them and have had a few superstars come through our door!

Please tell us about your award-winning journey.

I've won several Promax awards over the years, specifically for best sound design for many television promo spots, a Murex D'Or award for one of the music videos I worked on as well as the Arab Film Studio Awards in Abu Dhabi, again for best sound design on local production. It's been fun.

What is your creative process being a producer and sound engineer?

The two are different. As a music producer, I'll always try to first assess the artist as who they are, or what they want to be, not who they want to be like. It's one thing to be a copycat, but to be inspired and execute your own sound is a whole other type of accomplishment few can be proud of. As an engineer, well, I work on all genres and I always start at the source; getting a good recording in a good room. When the recording is good, sonically, there's very little room if none, for error. This means you hardly need to put so much work in post, except to shape the sound and not frantically clean out artifacts. As for performance, if you need time with your instrument, I'll suggest you first rehearse your parts before coming in to record to save your time and your pocket.

What do you look for in collaborating with an artist?

The artist needs to be serious about what they're doing. This means not taking shortcuts, but sweating, bleeding and crying with passion. I wouldn't say I'm an easy music producer to deal with, because I'll push you beyond what you think are your limits if I know you can. And it's always worked with the bands and artists I've worked with and have therefore produced great work for them. No producer or engineer can make an artist sound as good as they can, but that has to come from within. My job is to bring it out of them.

Top 3 projects you worked on as a producer and why?

1) The Recipe – Funerals & Purgatory (2017)
While I didn't produce this album per se, during the mixing process I did make some changes to the overall soundscape to further emphasize what the producer Brvnjes was trying to accomplish in his already fantastic production. The final mixes and masters speak for themselves and this is one of the works I'm most proud of.

Aside from being a part of the founding of the most hard-working music group I know in Dubai, I love working with The Recipe and have been working with them since they started in 2008. It was also a chance to work on material featuring American artists Talib Kweli & Spark Master Tape as well as be part of the local talent pool involved in executing the final product with Waleed Shah & Safa Al Abedi.

I mix all genres. However, musically, I lean toward metal. Anuryzm is a UAE-based metal band for whom I "sessioned" for a few years and produced two albums. We'd opened for a lot of big bands, including Avenged Sevenfold, Nightwish and Yngwie Malmsteen. My last major gig with them was opening for legends Black Sabbath in Yas Arena. During this time, we were also working on their second album, 'All is Not for All'. This album features Christopher Chaplin, Uri Dijk of Textures, bassist Mike LePond of Symphony X and drummer Charlie Zeleny. Aside from having the chance to produce and mix a good album with featuring international musicians, my name sits alongside Bob Katz, a legend in the audio mastering industry and whose work has won three Grammy Awards, who also mastered this album.

This is one of the finest sounding records to come out of the country, if I may say so myself. Juliana Down was a thriving pop-rock band back in the noughties and the first band in the country to sign to a major international label. Unfortunately, upsets within occurred and this album never got to see the release it was supposed to. As an album though, this was one of the toughest I had to work on because of time constraints; Two months to produce and record, mix and master 10 songs. The final product is glorious though and is one of the best albums I've worked on, and I still work with the original members of that band.

How do you consider a project/song done?

That's tough to answer because a project is never really 'done'. There are always little details, especially in the mix, that obsessive producers and engineers will look out for. There's always a cue that tells them it's done though. That usually comes in at random moments toward the end of the journey.