Saad Shehzad: Riding the winds of change
The story of a story-teller, filmmaker and musician 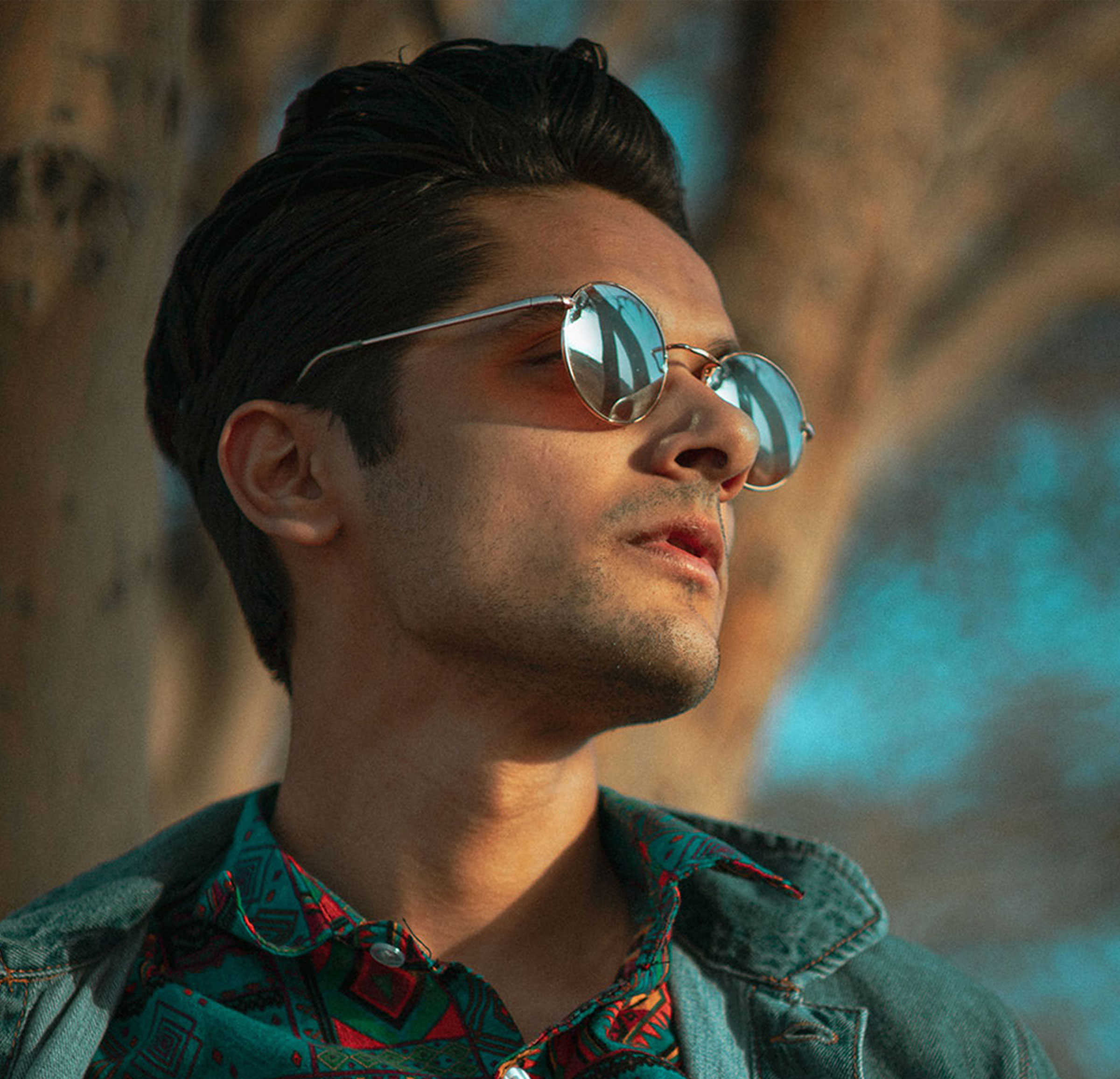 Saad Shehzad, a bold new voice in the region’s music scene, as well as an award-winning filmmaker, recently released Epilogue – a three-track EP exploring some of his deep-rooted emotions in his first foray as a solo artist – right in the middle of the lockdown.

Releasing a first solo record mid-pandemic might seem tough enough, but Saad also drew upon all his creative knowledge and talent to produce a powerful, moving video to accompany the track ‘Winds’.

Winds has a melancholic air, heightened by Saad’s unique husky vocals. Faced with lockdown, Saad decided to keep moving forwards and continue his creative streak by developing a film to accompany the song. Saad says: “I decided I didn’t want to wait anymore. I said: ‘I’m not going to stop just because we have to stay home.’ “

a new beginning for me

While he directed and edited the ethereal, otherworldly film, his sister helped with shooting it, and it features some of his mother’s – a talented artist in her own right – paintings. “This whole video is about collaboration really. Which is not something I was great at, growing up. I was a lone wolf really, but this is a new beginning for me,” explains the filmmaker. In exploring what he might do, he created an ‘unplugged’ version of the tune and realized it conveyed more emotion than the original. Saad explains: “Although both versions cater to different audiences, and I’ll always enjoy playing the original, I felt that at a time like this, this [unplugged] delivery was more effective.

The focus stays on the story and this feels like the end of the chapter. It’s the right way to conclude this journey and move on to the next one. And I decided to make a video since this version is more story-driven.” Before lockdown ennui struck, Saad spent days exploring potential themes for the film to accompany the song. Eventually, it hit him – that all the family and friends who have believed helped and encouraged him could be involved.

Saad says he was acutely aware of the need to come up with a concept, which could also be made at home with limited resources. “The idea was to have people write the lyrics and send me a picture or video of themselves holding them up. Initially, I assumed 15 to 20 people might respond, so I originally filmed myself singing during the end. But the response was overwhelming. I ended up getting 62 entries from all over the world. And I don’t have room to appear in the end bit at all, which really makes me happy,” says the musician.

The creation of the Winds film stands as a testament to the sense of community, support, friendship and love many of us experienced during the pandemic.

“This encapsulates so many wonderful, creative people standing together to create something. It’s an incredible feeling. I think it goes to prove that we all are connected in some way. There are family members I owe everything to, and colleagues who I have had disagreements with but at the end of the day, have helped me grow as a person. “There are close friends and new people who I look forward to spending more time with. There are people I don’t personally know, but they believed in this and now they’ll always be a part of it. That really is the true meaning of the song - connection through faith,” he says. An epic five minutes long, the track took a journey of five years from conception to completion, with the young artist suggesting the meaning of his original lyrics became lost; but new meaning emerged while he grew as a person.

“Right now, I believe Winds is about accepting change and knowing that no matter what happens, we aren’t alone in this. When I went through a rough patch, a lot of people helped me find my path. My family, friends, even my colleagues. All these people have had a great impact on my life and my career as a musician,” says Saad.

And what meaning does he think the lyrics convey? “The end of the song has these three lines that keep repeating, “The winds will change, through all the pain, we’ll find a way.” At first listen, you might think this is about a person, hopeful of finding a way to fix a relationship, but it never was. That story concludes in the first line of the song (“Your setting sun, won’t make me run”). “These three lines are more about knowing that everyone has their own burden to carry, and by sharing that burden, we all feel a bit lighter. Musically it’s a very simple song. It relies more on the emotion and the story.”

It's unexpected and fresh

While the challenges of producing a complete film were obviously huge, Saad says he’s “grateful and proud to have done it this way with everyone in this together.” “They really inspired me to create the video, which builds a feeling of alienation and loneliness until everyone arrives. Even recording it was tricky because it was all done at home and I’m no audio engineer. My guitar strings were rusty, so I had stuck to my synths and basically figure it out again. I’d never played it on the keyboard. It’s a guitar-driven song but I think that’s what makes it interesting to listen to. It’s unexpected and fresh.” And the multi-talented artist remains humble. “It’s not perfect at all, but it’s all about the emotion really. And it just amazes me to see everyone being a part of my song. This will always be very special to me and hopefully, everyone involved feels the same,” he concludes.

'Epilogue' is the result of five years of exploring emotions. The EP is a distillation of a number of songs written in reaction to the feelings he experienced when going through a testing relationship. The trio of pieces - Winds, Buoyant and Paper Boats - explore different stages of relationships and gaining control.

MUSIC+ is musivv’s segment dedicated to featuring musical artists that excel not only in music but in other disciplines as well such as fashion, sports, health, firm and theater. Features under this segment are eligible for a nomination under this category on The musivv Awards (TMAs) annual recognition.